Kim Kardashian Snaps At Photographers For Bothering Her And North West At LAX – But She Orchestrated The Whole Thing! (PHOTOS) 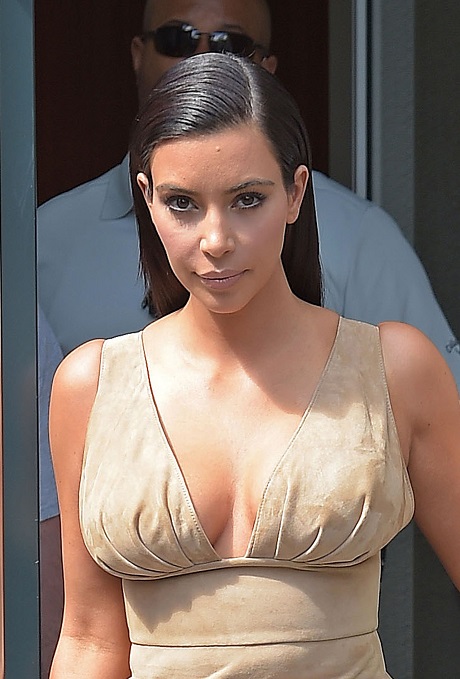 Kim Kardashian is a giant, stinking hypocrite. But we already knew that, didn’t we? She’ll do anything to make headlines, including calling the paparazzi and then creating a scene when they finally get there. Kim was surrounded by the paparazzi [as usual] at LAX when she landed with a sleeping North West on Tuesday. As she tries to place North’s stroller inside the car, she’s confronted by paparazzi who are trying to get pictures of her and North.

Apparently, even a famewhore has her limits, since we witnessed Kim snapping at the paps, “Could you guys just not say anything? My daughter is sleeping.” She continued her snarky tone at the photographers as she tried to get inside the car, covering up her true feelings, which were ‘OMG I’m so going to like be on the front page of TMZ tomorrow.’

Lo and behold, she was. See, we can’t ever say that Kim doesn’t know what she’s doing, right? Pretending as if she wasn’t the one who called the paparazzi in the first place, setting up the entire thing to make it look like she’s such a loving mother who just wants her poor baby to get some sleep. We see right through you, Kim. Maybe next time you should actually try NOT calling the paparazzi, so that North can actually get some sleep.

The hypocrisy is strong in this one. Since the Kardashians were pretty much built on the basis of famewhoring and paparazzi pictures, it’s ironic that Kim’s actually getting ‘annoyed’ at the paparazzi. Even if she’s faking it, I don’t think she realizes that no one’s going to take her seriously since everyone knows she called the paps in the first place. It’s the whole double standard in place for celebrities, but nobody’s ever going to listen to Kim whine about the paparazzi – we’ve seen enough of her staged photo-ops by now.

Kim Kardashian catches a flight out of LAX Airport on June 24, 2014 in Los Angeles, California. Kim kept her daughter North hidden under a blanket as she made her way into the terminal.