Kim Kardashian Blocks Out North West in New Instagram Pic: Does She Think Nori Too Ugly to Show? (PHOTO) 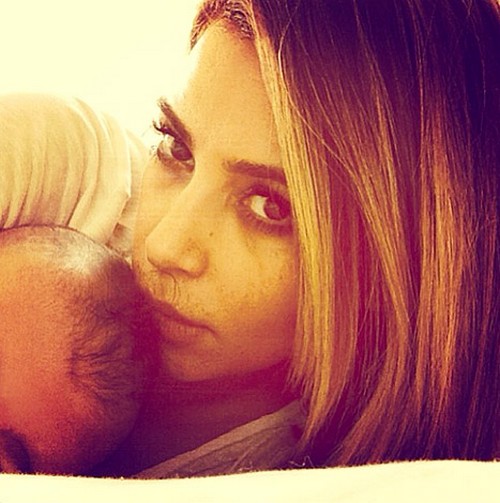 Kim Kardashian is such an attention-seeking famewhore that she can’t even let her own daughter, North West, have more attention than her for even a moment. You know, when it was first reported that Kim would be keeping her daughter away from the media, I foolishly thought that it might be Kanye West‘s influence, or heck, maybe Kim was finally learning the art of privacy. But no, in the end it’s because Kim can’t stand to not be the center of attention, and with her daughter around, she probably won’t be.

Kim recently uploaded another of North to her Instagram, captioning the photo, “Good morning.” However, the curious thing was that most of the pic was of Kim’s face [filtered and edited, by the way], but the only part of North that we can view was the top of her head. Is Kim really that obvious? Sure, she’ll pretend that it was to protect North’s privacy, but we’ve already seen North on one of her many paparazzi-attended strolls through the streets of Los Angeles!

Also, did Kim’s entire plan backfire on her? She uploaded that pic with herself as the focus, not because she wanted anyone to see North or talk about her. Unfortunately for her, all everyone is doing is talking about North [or the lack thereof] instead.

I wonder how much longer this will continue – there’s only so much Kim is going to be able to hold back, and attention-seeking or no, she’ll want to start showing off her daughter when the public loses interest in her. The only question is – will Kanye allow that? The jury’s still out on that one, but I’m guessing the answer will be no. 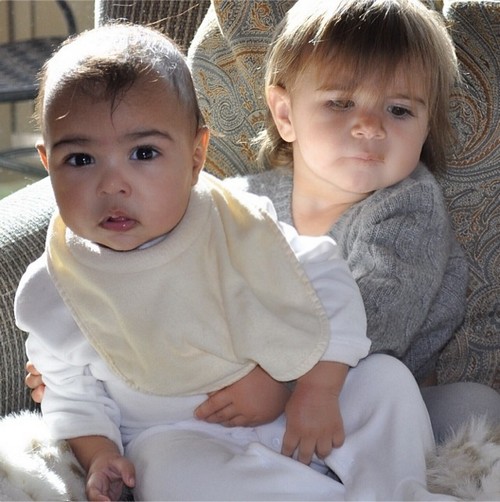