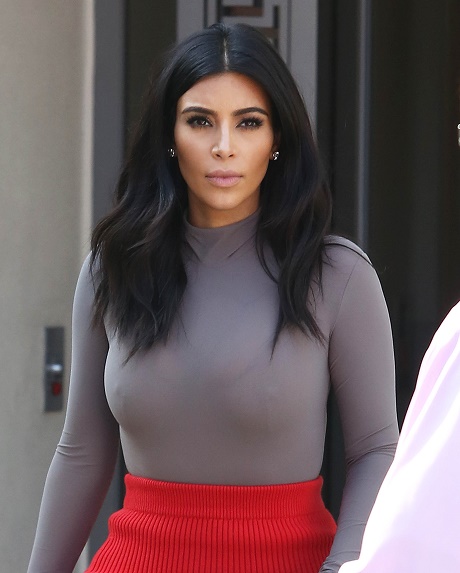 Keeping up with the Kardashians star Kim Kardashian is putting her foot down when it comes to North West: She’ll have to work for her keep in Hollywood. Despite everyone’s best efforts, Kim Kardashian has somehow become a legitimate celebrity in Hollywood. That means that we have to constantly listen to her interviews and asinine quotes and her ridiculous two-faced hypocrisy. In her latest interview with ES Magazine, Kim Kardashian claims that nothing will be handed to her daughter, North West, and that she will have to ‘work for what she wants‘. Apparently, Kim Kardashian used to save her wages for treats while she was in school, and she wants North West to emulate her.

Wow. Delusion central, right? Kim Kardashian is apparently under the mindset that she WORKED for her career and her life, and she wants North to also ‘work’ for it? What, she wants her daughter to make a sex tape and marry a rich rapper and go around whining all the time? Because those three things pretty much encompass Kim Kardashian’s career — and explain every ounce of her fame and ‘job’ security.

It would have been admirable if Kim stated that she wanted her daughter NOT to follow in her footsteps, and actually make her own life and build her own career. She would have owned up to what she did, and she would have done it in a way that wasn’t fame-whorey. Except she’s clearly under the delusion that she had a hand in her own life, and that she somehow ‘worked’ for it.

Oh, Kimmie, if only. Your pimp mama Kris Jenner sold you out for a lifetime of fame and fortune, and honestly, I wouldn’t be shocked if Kim turned out to do the exact same thing to her own daughter. Maybe that’s what she means by North having to ‘work’ for what she wants. Disgusting, yes, but these are the Kardashians we’re talking about.