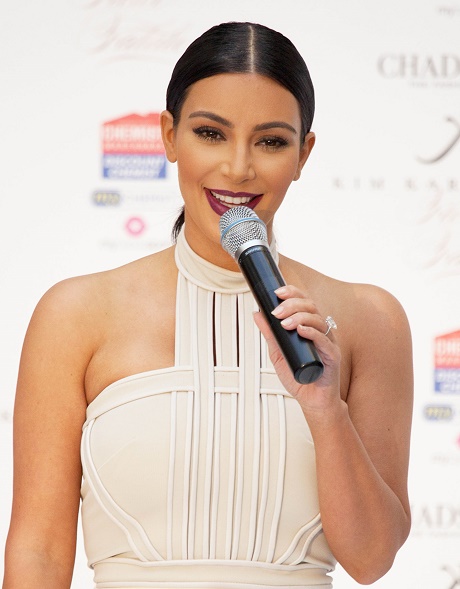 While Kim Kardashian’s nude Paper Magazine cover photo shoot didn’t literally break the Internet, it did cause an uproar in nearly every inch of cyberspace. And Kim Kardashian wants her daughter to experience a similar glory when she grows up to be big and bootylicious like her mom. During an interview with an Australian radio station, Kim said that she would “support anything she wants to do.” However, she adds that she doesn’t get naked in an effort to encourage others to do it. Nope, she does it because she LOVES it. She does it for herself. So it sounds like that, should Nori wind up naked on a mag, it would be on her own volition — not at the command of a momager.

She says, “I don’t do anything with the intention to promote anyone else doing it. That’s not even what I’m trying to do. I do it because I’m proud of it. It empowered me to feel good about myself after I had gained 500 pounds and looked like a huge slob for so long.”

During her Australian press tour, Kim said that she wanted to show off her body before giving pregnancy another go, as she’d love to give Nori a baby bro or sis. So what are your thoughts on this matter? Was Kim baring her assets just as much of a treat for you as it was for her?

While Kim says she’s all for Nori doing WHATEVER she wants in the future, her father, Kanye West, might have some different thoughts on the matter. Wonder what overprotective rapper daddy might have to say?