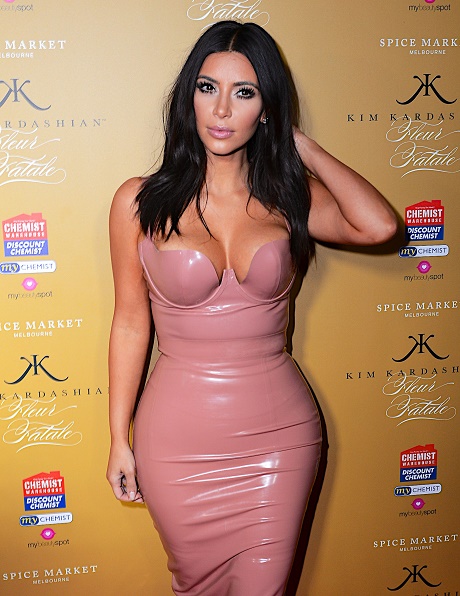 Obviously, everybody is aware that Kim Kardashian’s start in this industry came from her sex tape with Ray J, which was released in a series of orchestrated media bumps by Kim’s pimp/mother, Kris Jenner. After that, Kim became a household name [to the detriment of our society], and her family became famous along with her.

However, nothing boosted the sales of that sex tape quite like Kim’s nude photo shoot with Paper Magazine this week. TMZ claims that Kim Kardashian’s naked photos have spurred people into seeking out and buying her sex tape, and sales of said sex tape have skyrocketed in the past week. Ray J, who used to make $90,000 in sex tape royalties every few months, apparently made $50,000 just last week.

So now, Vivid is cooing at all the money that’s pouring on from ‘Kim K: Superstar’, the name of her sex tape. And Kim? Well, she’s probably celebrating with Kanye West by planning yet another inappropriate photoshoot. You know, for all of Kanye’s whining about protecting his wife’s body and image now that she’s a mother, he sure didn’t do much to stop her from posing nude – AGAIN. Hypocrite much? Or rather, I guess I should just call it like I see it – a pair of money and fame-obsessed celebrities that will do anything to keep their status.

What do you guys think about Kim Kardashian’s sex tape breaking records? Do you think she will become even more insufferable after this? Or will this just be another triumph in the Kardashian playbook? Let us know your thoughts in the comments below.