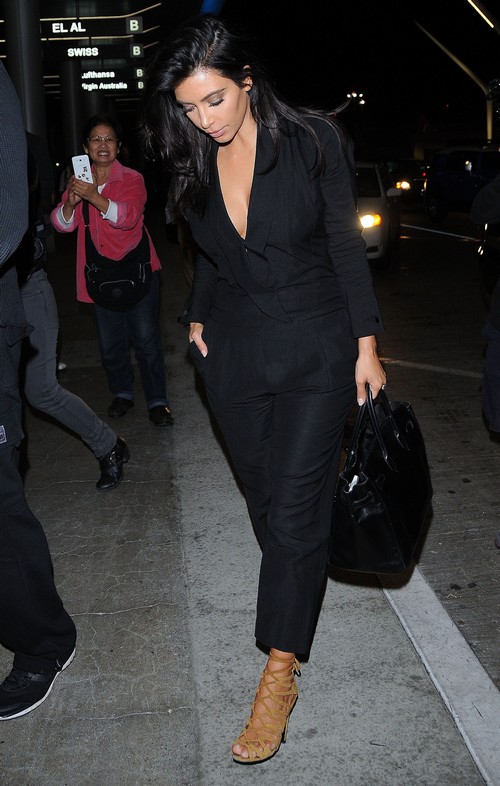 Kim Kardashian and Kanye West are heading towards divorce and we explain below how you can see the signs of the coming split in the events of the past few days. As CDL reported, Kris Jenner posted a cryptic message to Instagram in an effort to gauge fan reaction to a split and potential divorce between her daughter Kim Kardashian and her hot-headed hubby Kanye West. This was on the heels of a Kim Kardashian visit to divorce lawyer Laura Wasser. Well, Kim has just added more fuel to THAT fire by ensuring that her Paper magazine nude cover was all about her and her future as… Kim Kardashian, NOT Kim Kardashian West, Not Kim West—and Kanye is NOT happy about it. Divorce rumors concerning the couple are now all over the Internet and interestingly, there have been no denials from either Kim or Kanye!

Kanye is beyond angry about his wife’s nude cover, and not because it showed all her lady bits, reports Naughty Gossip. Kanye West is fuming over the fact that Kris and Kim arranged the cover to highlight two things… her ample assets and her maiden name. Kim has been aching to separate from Kanye and is begging Kris Jenner to help her with damage control over the split as she figures out how to divorce her third husband.

Kanye West is all about respect (respecting him, that is) and feels Kim Kardashian disrespected him and baby North West by not honoring their marriage and using her married name on the cover. Kim hates to be alone and single, but she doesn’t like being married to Kanye, either. When Kim was desperate and lonely, she was attracted to Kanye’s fame and the attention he gave her. Now that she feels her star is bright enough, she doesn’t need Kanye anymore and wants out. Her Paper cover is just more proof that Kim is not proud to be married to Kanye and is ready to move her career forward without him. We know the signs and they all point straight to divorce for this absurd couple.

Tell us what you think about Kim dissing Kanye below!