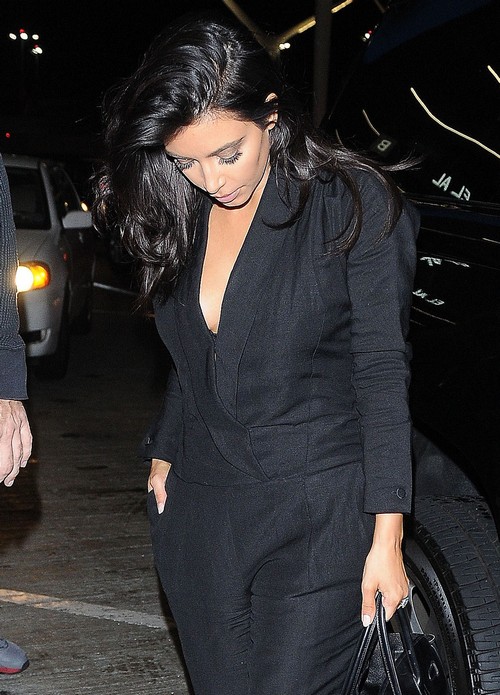 Kim Kardashian paid a secret visit to divorce lawyer Laura Wasser last week and rumors are that a Kanye West divorce might be in the offing. The Kardashian-Jenner clan is all about posting vague tweets to create a little buzz. They always have some truth to them, but they are ambiguous enough so that they can easily spin it so the tweets appear to mean something else entirely.

Matriarch Kris Jenner is no exception, and she proved that by posting a cryptic message to Instagram that media outlets instantly guessed was about her relationship with estranged hubby Bruce Jenner. Kris’ poetic tweet read “He loved her most when she loved him least.” Now, given these two have never been die-hard in love with one another, CDL quickly surmised this tweet is in no way about former-Olympian Bruce. The message implies that there was a time when the “he” didn’t love her much and that just isn’t Bruce. While Bruce Jenner has been struggling for years with his identity, he did always dote on Kris Jenner and always treated her like a queen.

Since the comments were obviously not about Bruce, we know Kris must be hinting to another relationship where the balance is off. Given daughter Kim Kardashian visited divorce lawyer Laura Wasser’s office last week in a super-secretive visit, all hints point to Kris subtly hinting about something to come. A source, who is a security guard at the building in Los Angeles, told Media Take Out that elevators were cordoned off to accommodate a secret visit by Kim Kardashian to the high-priced divorce lawyer who also repped Kim in her divorce from Kris Humphries. Kris strategizes everything and threw out the comments on Instagram to feel out the reaction from the public.

If fans figured out it was about Kim and were outraged about a potential divorce between Kim and husband Kanye West, she’d advise Kim to hold out on divorcing her hot-tempered hubby for now and would respond to the outcry by promising fans the Instagram post was not about Kim. If the reaction was positive for a Kim and Kanye break-up, she’d give Kim the go-ahead to follow through on divorcing Kanye West.  Kris strategizes everything and knows that if Kim were to lose her fan base, it could demolish the brand and the family’s continued earning potential.

Kim came to her mom complaining that she just could not keep up with the façade anymore. She married Kanye for many reasons, but none were about love.  She feels she just cannot continue to pretend she is in love with the rapper as she is not attracted to him at all. She hates that he dresses so femininely and acts like a spoiled baby. She feels she is set with money and a secure future and wants to truly find love and have another child with a man she is truly in love with. She visited Wasser to explore her options and has mom Kris feeling out fans for a reaction to a potential divorce between the two divas.

Tell us CDLers…what would your reaction be to a Kim/Kanye divorce?