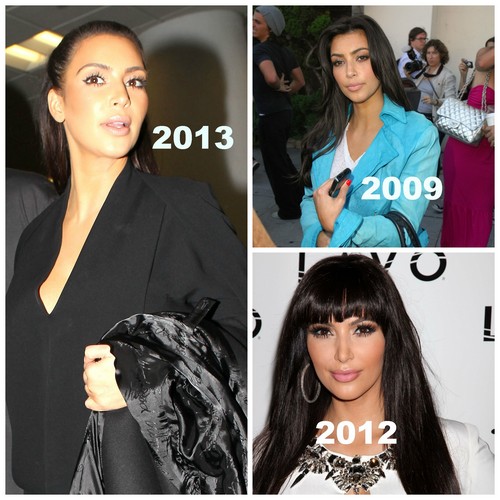 Kim Kardashian has gotten extensive plastic surgery, and that’s a fact. No matter how much she denies it, her face doesn’t lie – and renowned plastic surgeons in Beverly Hills agree.

According to one such surgeon, Dr. Anthony Youn [who speaks to Radar Online], Kim’s a ‘plastic surgery enthusiast’ who has gotten everything from botox to a nose job in the span of a few years.

He explains, “It appears to me Kim’s had quite a bit of work done — some she’s admitted to, and some we can speculate about. I believe she’s undergone Botox injections to smooth the wrinkles of her forehead and her frown lines. Although I doubt she’s had a surgical brow lift, she looks like she’s had a Botox brow lift, where Botox is injected in a pattern to raise and arch the brows.”

Yeah, it’s also a little obvious that Kim’s Botox obsession is bordering on asinine, especially since she’s already having difficulty making her face look expressive. And obviously, Dr. Youn agrees that Kim’s definitely gone under the knife for a nose job, ‘thinning out and straightening her nose’ for a more ‘glamorous‘ look.

And although Kim doesn’t sport a ‘trout pout’ like all those Real Housewives people, she’s definitely had her lips artificially plumped.

But wait, we’re not even close to being done with cataloging Kim’s facial reconstruction. A licensed aesthetician also weighs in and claims that Kim’s definitely got eyelash extensions as well as hair extensions.

And finally, the secret to Kim’s complexion? Vampire facials. This is less plastic surgery [although it still involves needles] and more icky. These facials, costing around $1500 per usage, consist of drawing blood from a patient’s arm, separating the plasma in the blood, and then combining the blood with Juvederm/Restylane and inject it into the face to keep the skin looking young.

If I were to hazard a guess, I would say that Kim’s plastic surgery expenses are probably her most expensive cost – but hey, being a famewhore reality star comes at a price, I guess.

Kim this week… not her breasts, not her face, not her butt 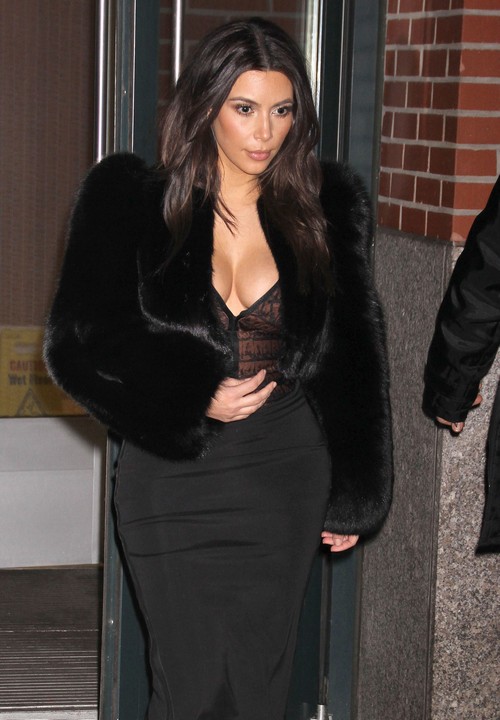