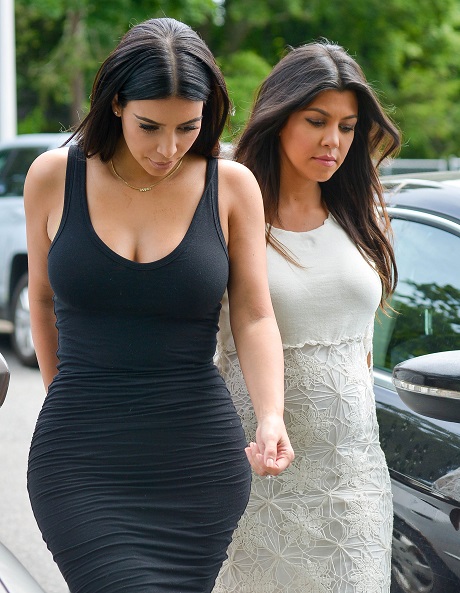 The media is obsessed with Kim Kardashian’s body, but no one is more obsessed with her appearance than Kim herself. The reality TV mogul recently shocked everyone by taking to Twitter and expressing how unhappy she is by her recent weight gain. Kardashian tweeted, “Can’t seem to shake the last 15-20 pounds of baby weight. No more excuses my baby is a year old. Ugh!” She went on to announce that she was starting a new diet ASAP.

According to the August 25th edition of OK! Magazine, Kim’s new diet is just the beginning of her complete body overhaul that she has planned. Apparently, Kim is preparing to go under the knife…again. The tabloid claims, “Kim’s plans go way beyond a simple diet-and-exercise routine. Kim’s been secretly planning to undergo a veritable pu pu platter of cosmetic procedures at a total cost of roughly $100,000.”

OK!’s source informed the magazine that, “She visits her doctor every year for what she calls her ‘maintenance program.’ But this time she has a crazy-long list of things that she wants to get fixed. In addition to her usual array of cellulite treatments, lip, and Botox, Kim also hopes to get leg-contouring, a mini facelift, and a breast lift.”

Kim Kardashian has made millions of dollars off  her body throughout the years, and her career is based on her appearance. Considering her lavish spending habits, it is no wonder she is paranoid about losing her body. If she keeps packing on the pounds, then she can kiss her magazine covers and modeling gigs good-bye. Do you think the rumors are true and Kim Kardashian is preparing to go under the knife to save her career? Let us know what you think in the comments below!