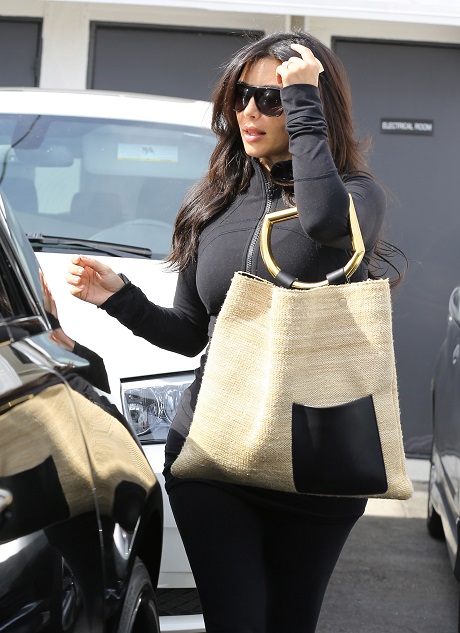 Kim Kardashian must be feeling like a real idiot yet again for hitching her wagon to the wrong guy. The only marriage shorter than her union with Kris Humphries might be her current situation with Kanye West. I remember anticipating that this couple was going to crumble once they finished planning for a big life event and, instead, had to endure real conversations about everyday life. Apparently, that is exactly what is happening because, truly, they don’t seem to like each other very much.Kim has been melting down left and right since her May wedding because Kanye ignores her and their daughter in favor of his career. Was she not paying attention when Kanye spent the majority of her pregnancy in Paris? This guy’s pattern is to run from serious family responsibilities in favor of selfish pursuits. He has been showing her that from day one but Kim for whatever reason thought a marriage license would make him become magically more attentive.

As for Kanye, well, he has had an epiphany in recent weeks: Kim may look good after being strapped into a dress but the rest of the time she’s actually pretty lazy. His perfect bitch looks good but has little to offer aside from that and her lack of ambition is part of what sends Kanye running in the other direction.

Apparently, Kim intended to try for a second child as soon as they married but, according to Radar Online, Kanye has put the brakes on that plan. The couple fights constantly and rarely spends a night together, plus he is setting up a permanent residence in Paris without Kim! They still do not have a home together and Kanye recently decided to sell the one that was under construction for them, so don’t look for them to be living together anytime soon (if ever). Even Kanye was smart enough to look at the whole picture and to put his foot down about adding to their family, which is quickly unraveling.

Let’s take stock here: Kim and Kanye live apart, they are fighting in public when rarely together, and he is moving to another country without her. How long before the Kim Kardashian divorce papers are filed? Tell us your thoughts in the comments below!