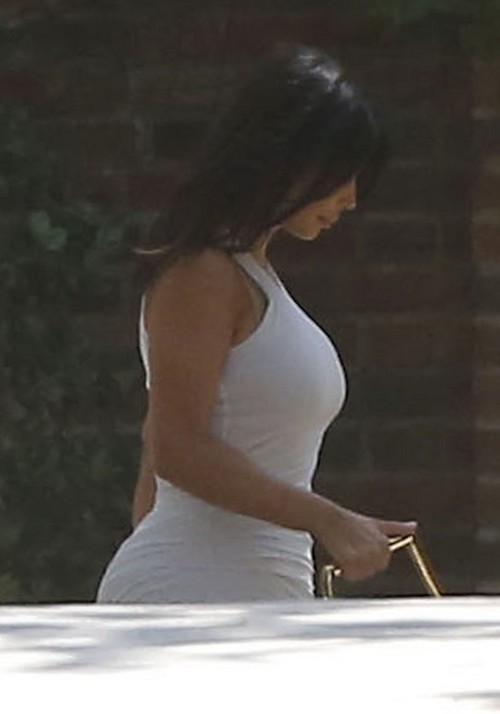 Will you look at that, Kim Kardashian finally grew a pair. According to recent reports, Kim’s decided divorce is an option and that she’s not going to stand for Kanye West constantly abandoning her and flying off to Paris to hang with his BFF Riccardo Tisci. Kim no longer wants to stay at home while Kanye embarks on his endless tours and concerts, and she apparently feels like it’s high time Kanye spent some quality time with her and North West. After all, Kim is no stranger to quickie divorces, is she?

Oh, this is hilarious. Basically, Kim wants to go on tour with Kanye and not have to worry about taking care of North West. She wants to go to Paris with Kanye and go to the Givenchy fashion show, but she doesn’t want to do any work when she’s there. In other words, Kim wants Kanye to take her with him so they can BOTH abandon North West at home. They’ve done it numerous times before, but lately, Kanye’s been going solo with his abandonment – and Kim is not happy.

Granted, I still don’t think she has the guts to tell Kanye to his face that she has any problems with him. She will never, ever take the chance that he’ll get upset and leave her, especially now that people have reached the limit of their Kardashian exposure in the media. Ain’t nobody wants to hear about Kim’s marriage drama anymore, unless it involves a possible divorce. On that note, perhaps this whole story was manufactured by Kris Jenner to keep Kim’s name in the news? When it comes to the Kardashian, anything is possible. And by anything, I mean random acts of fame-whoring, followed by suspicious media leaks concerning a ‘divorce’.