Kim Kardashian and Kanye West Ditch North West AGAIN – All They Do Is IgNori Her! (PHOTO) 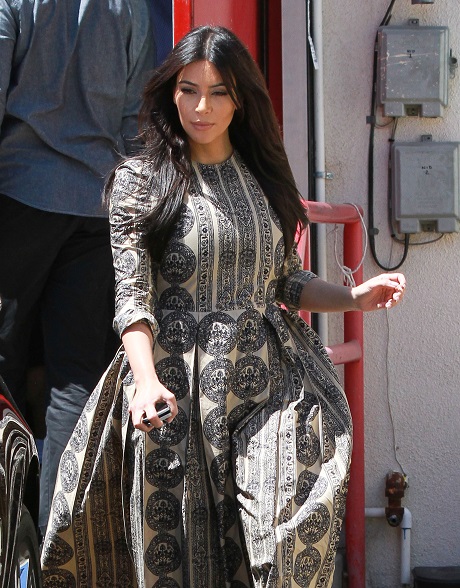 Kim Kardashian and Kanye West are making a habit of abandoning North West everywhere they go, and they’re sticking to that habit despite the criticism they’re receiving. Kanye and Kim continue to jet-set around the world for their extended honeymoon without their baby daughter, despite the fact that she’s not even 1 year old yet. I wonder if she even recognizes her parents, considering that she must barely see them.

This time around, Kanye and Kim are going on vacation to Mexico for Kanye’s 37th birthday. According to People Magazine, Kanye and Kim will be staying at a luxurious private villa on the beach, probably ruminating over their freedom from that ball and chain, pesky little North West. I know that sounds harsh, but what parents would continue to leave their baby daughter alone at home, with just her nanny and her crazy grandmother to look after her? You’d think that Kanye and Kim would want to spend every free minute they had with her, but nope – they’d much rather go on extended vacations around the world, and not have to take care of her.

It’s especially tragic when you consider how little North seems to recognize her own family, which is especially evident in the pictures. Some of the wedding pictures showed Kanye holding North, with Kim standing next to him, and the kid truly looked terrified. She looked like she had no idea what she was doing there, and was desperately reaching out her arms as though she was looking for her nanny. Isn’t that evidence enough to prove that her ‘parents’ barely spend time with her, even while at home?

She’s become a publicity prop for them, and it’s such a sad thing to envision – especially when you contrast her to other celebrity babies like Harper Beckham or Prince George, both of whom are always laughing and smiling, and seem extremely close to their parents and family. Seriously, Kim and Kanye have no excuse for their behavior, and their constant abandonment of North is one of their more reprehensible traits. 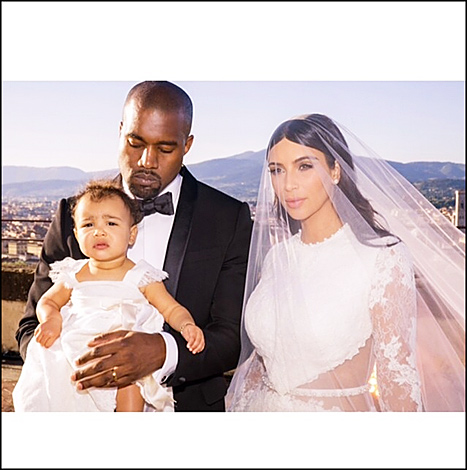