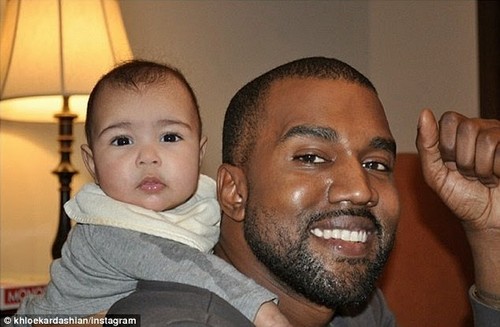 Kim Kardashian and Kanye West are quite possibly the worst celebrity parents we’ve ever seen, and when you look at the vast spectrum of shitty parenting in Hollywood, that’s a big claim. I mean, they leave their poor baby daughter, North West, for weeks and weeks on end while they travel around the world for fun.

See, two weeks on business is excusable, especially if it’s just one parent that’s leaving North behind. But not only do Kim and Kanye have enough money to for one person to stay with North all the time, they don’t even have the decency to pretend as though they miss her when they’re away. They’ve been leaving her for weeks at a time since she’s been born, and oftentimes, it’s to go on vacations, tours, or simply for fun.

Seriously, even Kate Middleton and Prince William hesitate to leave Prince George alone for more than one or two days, even when they have an excellent nanny to take care of him. And we don’t even know who North’s nanny is, so what does that tell you about Kim’s and Kanye’s parenting skills? It’s no wonder North always looks confused whenever she’s in Kim’s arms – she’s probably wondering who on earth this stranger lady is.

Anyway, Kim and Kanye both recently had their blowout wedding and went to Ireland for their honeymoon – of course, without North. Fine, it’s their honeymoon and it was only for a few days. But guess what? They’re now extending their honeymoon, and have decided to spend a few days in Prague, having left North in Los Angeles with her grandmother. Right, because leaving your baby with Kris Jenner is the smart thing to do.

Even when you look at Kourtney Kardashian and her bond with her kids, it’s significantly better than what Kim has. I never thought I’d be praising Kourtney’s skills as a parent, but she takes her kids everywhere, always spends time with them, and never abandons them for famewhoring purposes. Kim, unfortunately, can’t say the same. Hopefully North gets unofficially adopted into Kourtney’s little family, because she’s going to grow up with serious abandonment issues otherwise.