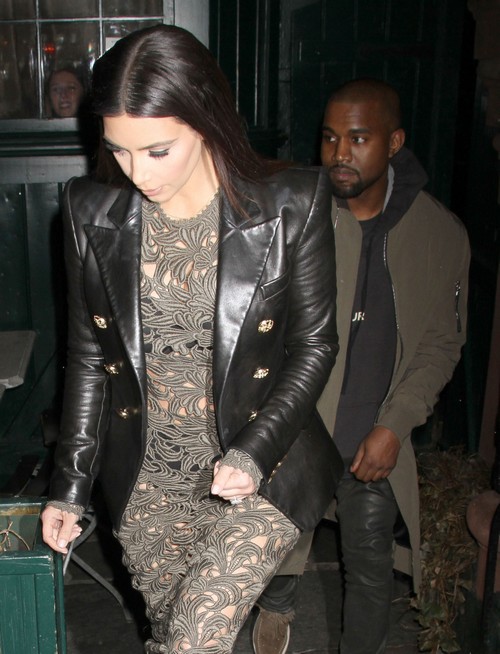 Kim Kardashian‘s ridiculously over-the-top wedding is approaching, and you know what that means? Kris Jenner leaking Kim’s wedding guest list to the tabloids. Hollywood Life claims to have a list of all of Kim’s wedding guests, and of course, this includes prestigious names such as Oprah and Ryan Seacrest.

Ryan Seacrest, I can understand. He pretty much has to be there, considering his relationship with E! and the fact that they produce Keeping Up With the Kardashians. But Oprah? Kris’ and Kim’s delusions know absolutely no bounds, clearly. If Oprah actually shows up at the wedding, it will probably because she’s offered something to help promote her own network, not because she actually wants to be there. Just as Anna Wintour had to suck it up and put Kim on the cover of Vogue, Oprah will have to force herself to sit through the farce that that will no doubt by Kimye’s wedding nuptials.

But wait, we’re not done. The rest of that guest list is even more hilarious. Apparently, Kim expects Anna Wintour, Will Smith and his entire family, Jay-Z, and Beyonce to all make appearances at her wedding. Wow.

Will Smith has better things to do than attend Kim Kardashian’s wedding, even if his son was sort-of-dating one of the Kardashians at one point. Beyonce is still boycotting Kim’s wedding, from all reports, so I wouldn’t bet on seeing her at the wedding even if Jay-Z makes an appearance. And Anna Wintour? The poor woman had to swallow all her pride to put Kim on the cover of Vogue, you really think she’ll degrade herself even further by attending her wedding?

The rest of the guest list is pretty much as expected, including family and friends such as La La Anthony and Bruce Jenner. Still, I doubt this guest list represents the actual guests who’ll be attending Kim’s wedding, but rather Kim’s wish list.