Kim Zolciak Admits Time On The Real Housewives Of Atlanta Filled Her With Misery – Hated Sacrificing Herself For A Paycheck! 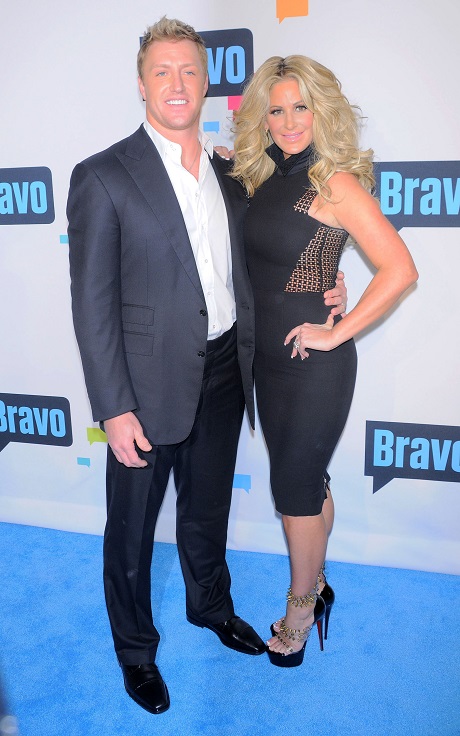 Kim Zolciak is one of Bravo’s original stars thanks to her role on The Real Housewives of Atlanta. Viewers won’t soon forget how Kim decided in a flash that her time on the series was over in the middle of a meal with cast mates. It’s really no surprise she up and left; after all, she hated most of her cast mates.

Kim was 8 months pregnant at the time and informed them that she wasn’t going on a girls trip for obvious reasons and all of the ladies went in on her. At the time, it was kind of ridiculous for most of these women (who had already been pregnant) to not be more understanding of her fear of traveling. Kim got up from the table and informed Bravo’s producers that she was done and that was it.

According to an interview in the Aug. 25th print edition of In Touch Weekley, Kim says that, at the time, she felt like she had been sacrificing herself for a pay check and decided not to do that any more. Since that episode aired, Kim has delivered not one but four babies in rapid succession and she is quite happy with her own reality show that focuses on her marriage to Kroy Biermann and the six kids that they are raising together.

When she left RHOA, Kim’s longtime friendship with Nene Leakes was in ruins, but apparently time has helped mend that. Kim says that she and Nene are now friends and that her friendship with Cynthia Bailey has also survived the turmoil caused by doing reality television.

As for the other ladies, they are in the past –  just like RHOA is. Kim also says that she has absolutely no regrets about doing the show because it ultimately introduced her to Kroy and gave her the chance to have an awful lot of fun before it was time to move on. Did you like Kim better as a housewife or do you think that her solo shows are better? Tell us your thoughts in the comments below!