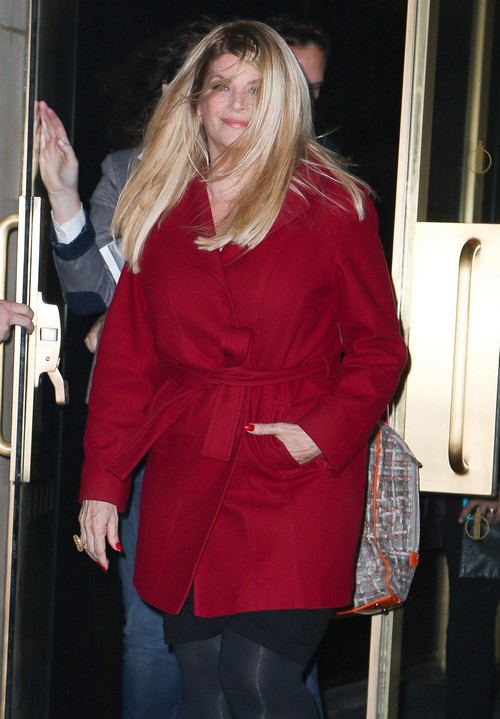 Maksim Chmerkovskiy should have seen this one coming! Maks fired the first shot in the feud that has now erupted between the pro dancer and former Dancing with the Stars dance partner, Kirstie Alley, and he should have known it would not be the last.

CDL covered the story of Maks’ loose lips on Watch What Happens Live, when he told host Andy that he no longer speaks to Kirstie because, basically, she does not associate with certain people he now associates with, so she can no longer communicate with him. Well, of course, everyone knows that the “certain people” Maks was talking about was Jennifer Lopez and bestie Leah Remini. While Maks didn’t dish on the relationship between he and Jennifer, he told Andy in a round-about way that it is his relationship with Jennifer that caused Kirstie to cut the ties of their friendship. During the interview with Cohen, Maksim boldly shared about Kirstie, “She stopped getting along with me. I think the world of her. I’m not judging people by their religion. I’m Jewish. I don’t really believe in science fiction, whatever,” reports Us Magazine. Talking about her religion, and referring to it as “science fiction, whatever” most likely sent Kirstie reeling and now there is no way for Maks to recover.

Now, Kirstie has remained true to form and responded via Twitter with some cryptic comments leading many to believe they are aimed directly at former friend Maks. On August 1, tweeted the following message to her followers, “Dear Sir..after you have ass raped me there is really no reason to include ‘I wish you the best’.. It’s rhetorical,” Us Magazine reports. She went on, “To those who believe nasty gossip spewed by others, please stop following. To those who know me, carry on. I won’t dignify any of your accusations with anything other than ADIOS. This tweet is for those of U who believe the Moon is made of cheese.”

What do you think CDLers? Does Kirstie have a right to be upset with Maks or is she overdramatizing the whole thing. Was Jennifer really the cause for the demise of Kirstie and Maks’ friendship?