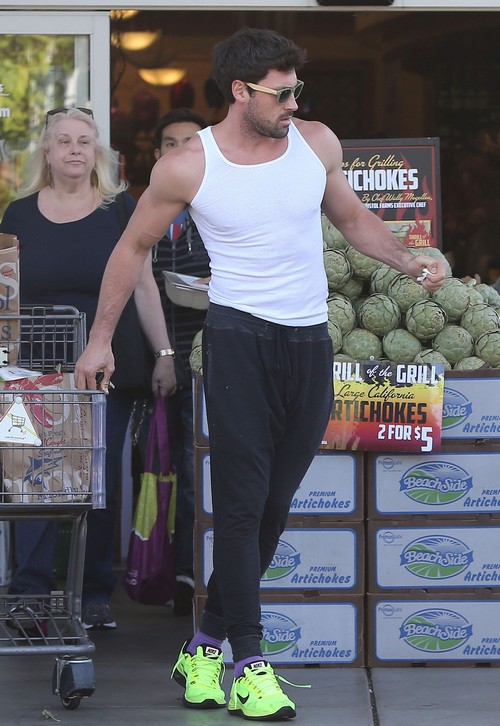 Maksim Chmerkovskiy continues to play coy about the Jennifer Lopez dating rumors, even though everyone already knows the truth. I’m not really sure what his intentions are in hiding the truth about their romance, but perhaps he just doesn’t want to piss off Jennifer by admitting it to the media. Maksim seems primed for a career renovation, but that will never happen if he makes J.Lo angry. She would crush him and eat his career alive.

Maksim was a guest on Andy Cohen‘s Watch What Happens Live earlier this week, and in addition to the J.Lo dating rumors, he also opened up about his feud with his one-time Dancing with the Stars partner, Kirstie Alley. Well, it’s not so much a ‘feud’ as it is an explanation for why he and Kirstie are no longer in touch. Apparently, Kirstie is cutting off anyone and anything that talks to Leah Remini, and that includes Maksim. Clearly, Kirstie doesn’t understand the concept of professional behavior in television, because what is Maksim supposed to do? Ignore Leah on the ridiculous whims of Kirstie? Yeah, not happening.

And then, when asked about J.Lo, Maksim refuses to admit anything outright, although he’s clearly winking at the rumors. Maksim and Jennifer supposedly got ‘cozy’ during her recent birthday bash, but when asked about the rumors, Maksim continued to dodge the question. Again, I’m not sure how much longer that dodging will last, but I do know that Maksim isn’t going to risk his relationship – both personal and professional – with Jennifer Lopez just to confirm a relationship. Plus, the more he denies the rumors, the more the press will speculate – and so it’s a win-win for him.