Maksim Chmerkovskiy As Dancing With The Stars Judge Might Become A Reality In The Future! – He’s Tired Of Performing! 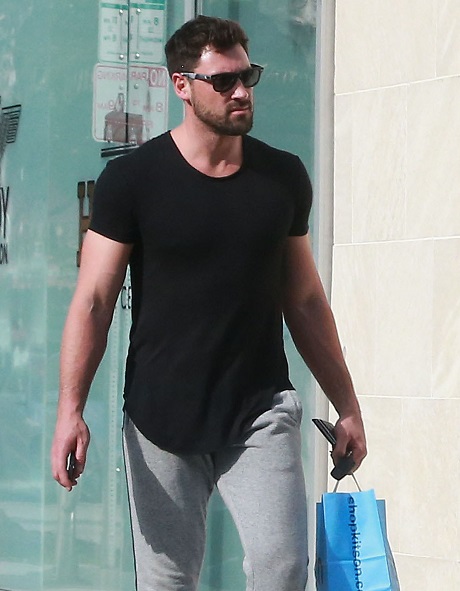 We recently reported that Maksim Chmerkovskiy is unlikely to return to Dancing with the Stars as professional dancer or contestant, but the showrunner seemed intent on having Maksim return in some capacity. The executives said as much during the TCA press tour, and they revealed that the show would always involve Maksim in some manner or other. Of course, if it’s not being a dancer, then there was really only one other way this could go: Maksim becoming a judge.

Len Goodman has already revealed that this could be his last season on Dancing with the Stars, but his vacant judge spot could be filled by Maksim. A source tells Life & Style Magazine, “Maks really, really wants to be a judge. He’s just waiting to see what Len decides before he makes his announcement.”

Maksim also hinted at taking over Len’s spot on the judge’s table when he recently told Life & Style, “When the season’s over, I’m depleted. I have nothing left. Len and I will get together and think about [whether I will return].”

Maksim has always been an integral part of Dancing with the Stars, and he’s quickly become a fan favorite. Even though it took him fourteen seasons to win the Mirror Ball trophy, his fame has skyrocketed over the past few years, especially thanks to his public relationships with Kate Upton and Jennifer Lopez.

Being a judge on the show would also allow him to go and pursue other career opportunities, while still remaining on DWTS in some capacity. He won’t have to worry about training or focus on staying fit for the competition, and he’ll be allowed to go make movies or go join other shows if he sees fit.

Keep checking CDL for all of your Dancing with the Stars 2014 news!