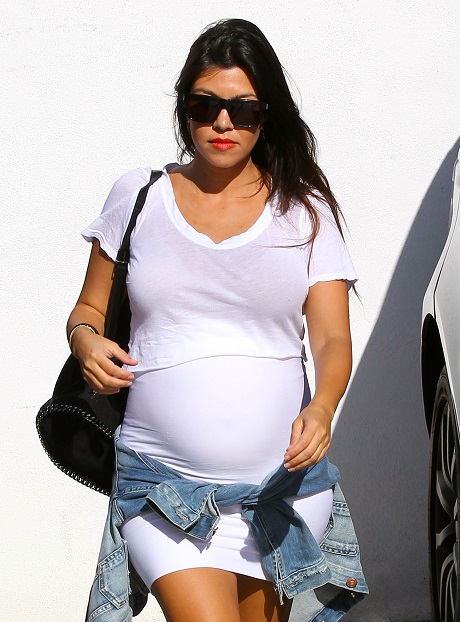 During the Season 9 finale of Keeping Up With The Kardashians, Kourtney and Scott decided that they would rent a house in the Hamptons and spend the summer there with their family. Kourtney’s longtime boyfriend, Scott Disick, has been on a dark, downward spiral since both of his parents passed away earlier this year, and to top it off, he recently learned he is going to be the father of a third child with Kourtney. The eldest Kardashian sister decided that a summer in the Hamptons would be good for Scott, and thought that he needed some time away.

Summer of 2014 has no doubt been an eventful one for the Kardashian family. And, according to Kourtney and Khloe Take the Hamptons spoilers, all of the crazy drama will appear in the all new reality show. Scott Disick’s wild behavior that we read about in the tabloids will be on full display, and a sneak peek of the spinoff on E! showed Scott being rushed to the hospital after overdosing on medication and alcohol.

A very pregnant Kourtney Kardashian locks her troubled baby-daddy out of their Hamptons home. It won’t be all screaming matches and hangovers though, the KUWTK spin-off will also showcase the identity reveal of Kourtney and Scott’s third child and tons of Khloe and French Montana make-out sessions.

Will you be tuning in to Kourtney and Khloe Take The Hamptons? Or have you had enough of the Kardashian family? Do you think the new show’s ratings will be dismal? Let us know in the comments below!