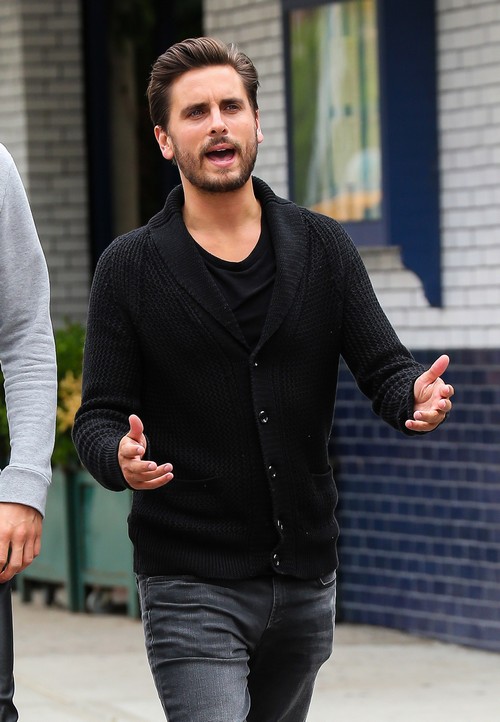 Scott Disick continues to prove that he can’t exist without 24/7 supervision, as reports reveal that he was hospitalized for alcohol poisoning last month. Kourtney Kardashian need to demand that her alcoholic baby daddy check into rehab immediately if not sooner. If Scott doesn’t listen to Kourtney then his long-suffering girlfriend must break up and split with him. Scott clearly is unable to control his drinking on his own.

According to TMZ, Scott clubbed too hard in the Hamptons last month, and he reportedly got so drunk that he believed he had been drugged by someone else. He was sent to the emergency room at the closest hospital, where the nurses on staff deemed that he had alcohol poisoning. Yeah, I think everyone – including his family – saw this coming from a while away.

His troubled relationship with his wife and family all stem from his alcohol usage, and that doesn’t seem to be getting any better lately. We’ve covered his fights with Kourtney Kardashian on the subject, and how she even kicked him out of the house after his drunken antics. But they reconciled soon after, possibly because she’s expecting another child. But clearly, that hasn’t stopped Scott from partying non-stop and guzzling down booze as though it’s water.

Sources close to Scott have said that drinking has been his method of coping with his parents’ deaths last year. Of course Scott has had over 12 years of trouble with alcohol including a an arrest and conviction for DUI in 2001, and outpatient rehab (like that works?) in 2010. Friends and family close to Scott are reportedly very worried about him and want him to attend rehab. He’s reportedly been getting getting counsel from a pastor (which is slightly odd since Scott is 100% Jewish) since the alcohol poisoning incident, but there’s only so much counseling is going to help him. If he really and truly wants to get better, his best shot is going to rehab – and staying there for a few months, at least.