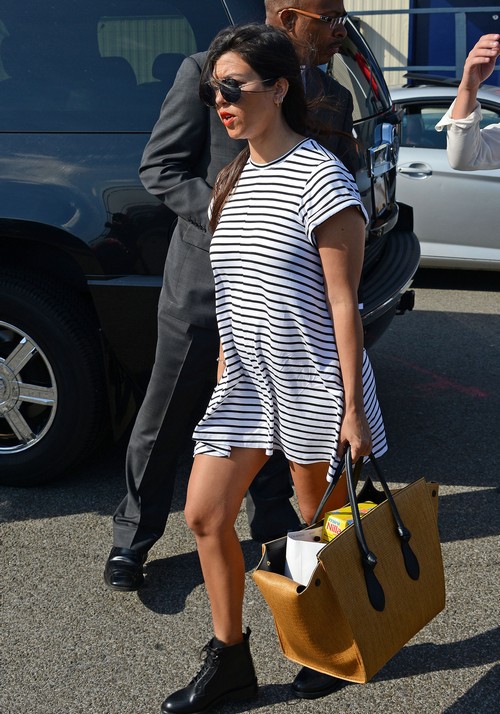 When Kourtney Kardashian first announced that she was pregnant with baby number 3 a few weeks ago I think everyone at first took it as a possible sign that baby daddy, Scott Disick, had finally pulled himself together. Instead, within a few days he made it perfectly clear that he is exactly the same hard-partying douchelord that we have always known him to be. About a week after announcing their baby news Kourtney tossed Scott out of their rented Hamptons home and he has spent the following weeks bouncing between a hotel and the family home.

Apparently Kourtney finally understood that she was never going to get through to Scott herself and so she has enlisted help by the way of Kim Kardashian’s pastor, Rich Wilkerson Jr. He officiated over the reality star’s recent wedding to Kanye West and now he is said to be counseling Kourt and Scott. They were all spotted out together in NYC’s meatpacking district and it seems that Wilkerson thinks that integrating himself into the couples’ daily life will help to bring them closer together.

Do you think that there’s really any hope for Kourtney and Scott? She keeps trying to change a guy that seems to just keep proving that he has no interest in being anything other than a club kid. The fact that he’s too old for that kind of behavior doesn’t seem to matter much to Scott. Do you think that Wilkerson will be able to get Scott to want to change? He has a history of pulling it together but actually maintaining a clean and sober life is a different story all together. Tell us your thoughts in the comments below!