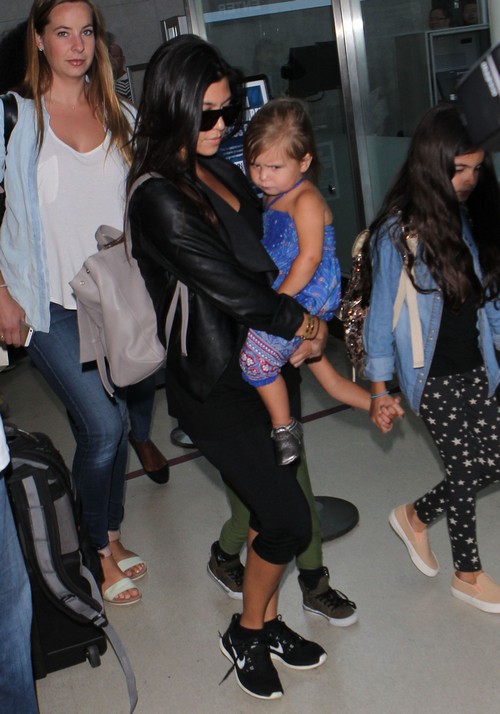 Kourtney Kardashian is feeling like the biggest idiot in the Hampton’s this summer and her anger is palpable. Just two weeks after confirming that she is indeed expecting baby number three Kourtney’s life has once again been turned upside down by baby daddy, Scott Disick’s out of control partying. Why on earth would she have another kid with this clown? Well apparently in recent months Scott had pulled himself together and cleaned up his act to the point that Kourtney believed that they were on solid footing. The couple showed up in the Hampton’s to begin filming their reality show and that’s when Scott fell from the wagon, hard.

According to the June 30th print edition of In Touch Magazine Scott basically has returned to his old stomping ground and rather than spending quality time with his family he has reconnected with all of his partying buddies. He has been thrown out of the house no less than three times in the last week and has been staying at the no-frills Southampton Inn when he needs to sober up.

Kourtney is said to be absolutely crushed by Scott’s behavior and is absolutely furious because he is purposely stressing her out while she is in the first trimester of her pregnancy. She is said to be demanding that Scott go to rehab or else she refuses to allow him to live under the same as her and their kids. Do you think that this will turn out the same way that it always does? Scott will quickly clean up his act and apologize and they’ll be okay until the next time- because there always is a next time. Why do you think it is that Scott can’t keep himself together? Does he love the partying that much or does he need an escape from the reality of his life as a father? Tell us your thoughts in the comments below!