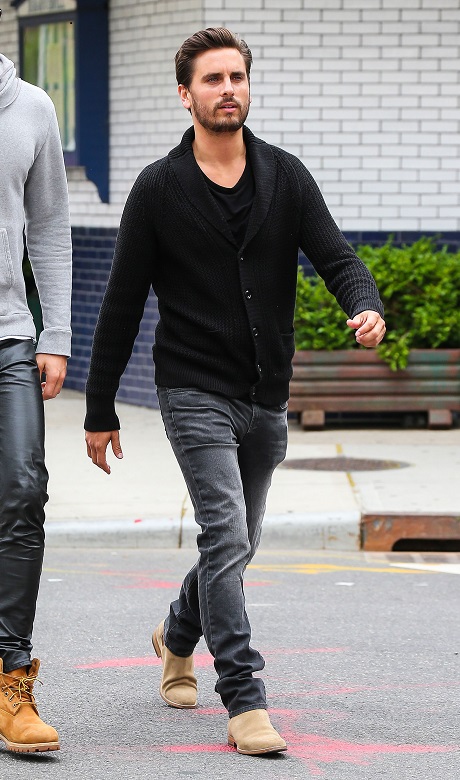 I know that Scott Disick is the kind of hard partying guy that is never going to really reform, but at least a hot minute after letting the world know that he is about to become a dad again he could reel it in a little, right? Well, of course not — remember who we are talking about! Just a few days after Kourtney Kardashian’s happy baby news broke and it seemed to be a positive thing after several tough months of dealing with the loss of both parents, Scott chose to celebrate the same way that he always does: face down in a vat of booze.

According to Radar Online, Scott was spotted sloppy drunk in NYC the other day and by the time he came home to the $14 million home he is renting in Southampton with Kourtney the two were at war. As usual, Lord Disick has managed to embarrass the hell out of the solid mom of two and he was spotted bouncing out with bags headed to a local motel.

The fight was short lived and the couple was spotted shopping together in Southampton yesterday but it’s simply more of the same. The cycle of Kourtney opting to build a life and a family with this often unstable guy continues.

Were you guys hoping that baby number 3 was going to represent a turning point in their relationship? One where Scott finally grows up and begins to act like a responsible partner at least part of the time?