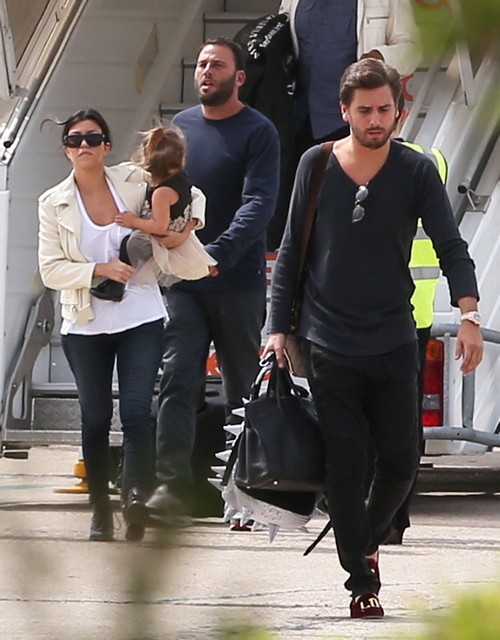 Kourtney Kardashian is pregnant again, which was also confirmed with a tease for a new season of Keeping Up With the Kardashians. In the video, Kourtney can be seen telling Scott Disick, ‘I’m pregnant‘, and him responding, ‘What? Holy ****!’

Kourtney also reveals that there was ‘no plan‘ to have a child, but this was wholly unexpected. Of course, Kris Jenner thinks it’s fantastic – why wouldn’t she? She has yet another grand kid to pimp out and yet another daughter’s pregnancy to publicize. But do you think Kourtney’s baby daddy is as happy to hear the news?

We’ve been hearing quite a lot about Scott partying recently, especially without Kourtney. Now, he’s had a tough year last year, and it’s hard to blame the guy for turning to alcohol to get over the pain. But eventually, he’ll have to get back on track, right? Or will Kourtney be alright with the father of her children turning into an alcoholic, especially with another child on the way and seeing what that kind of relationship did to her sister?

Of course, we’re not even considering the option that maybe Scott isn’t exactly happy with this turn of events. He already has two children with Kourtney, and if the rumors are true, he was thinking of breaking things off with her last year. But they reportedly got over their bumpy patch, and seemed like they were content with their relationship again. And yet here we are, both of them having yet another child out of wedlock. By this point, if they’re not getting married and there’s even a whisper of unhappiness, you have to wonder about the longevity of their relationship. Will Scott break it off with Kourtney before his next child is born? Or will he stick around?