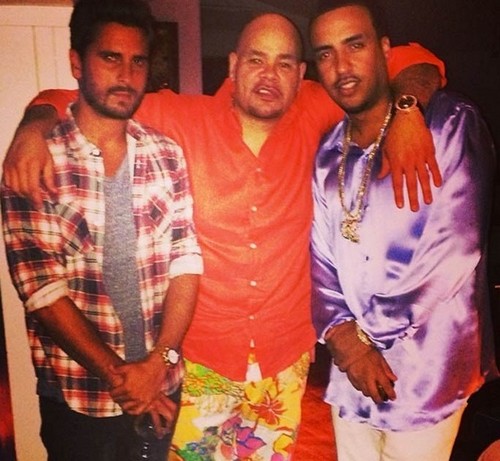 Keeping Up With The Kardashians spoilers for the season 9 finale tease that an all new episode of the popular reality TV series is set to air on E! on Sunday August 31st. 35 year old Kourtney Kardashian has been with long-time boyfriend Scott Disick since KUWTK began in 2007, however the couple never married. Scott and Kourtney do live together however, and have two children together, Mason Dash (4 yrs. old) and Penelope Scotland (2 yrs. old).

New broke in June 2014 that Kourtney Kardashian was pregnant with her third child with Disick, and according to Keeping up With The Kardashians spoilers, on Sunday August 31st fans of the TV series will get to see the season 9 finale where Kourtney breaks the news to Scott that she is pregnant with baby number three. It really is ironic, because earlier in Season 9 of KUWTK Scott mentioned in an episode that he had been hounding Kourtney to take her birth control but she was always forgetting.

In an all new Keeping Up With The Kardashians spoiler video, Kourtney is packing clothes for a family trip when Scott walks in. Kourtney asks Scott to shut the door because she needs to tell him something. It’s safe to say Scott doesn’t take the news of a third bundle of joy too well. At first Scott is literally speechless and stutters for a few seconds and then he announces, “You just keep suckering me in to these kids. I can’t take care of three kids.” Scott paces around the room, clearly upset. Kourtney confesses that she has been pregnant since March, and Scott is livid that she kept it from him. Scott exclaims, “This is ridiculous!”

Hopefully by now Scott has warmed up to the idea of having a third child. What do you think of Scott’s reaction to the news? Do you think he overreacted, or was Kourtney wrong to hide it from him? Let us know what you think in the comments below!