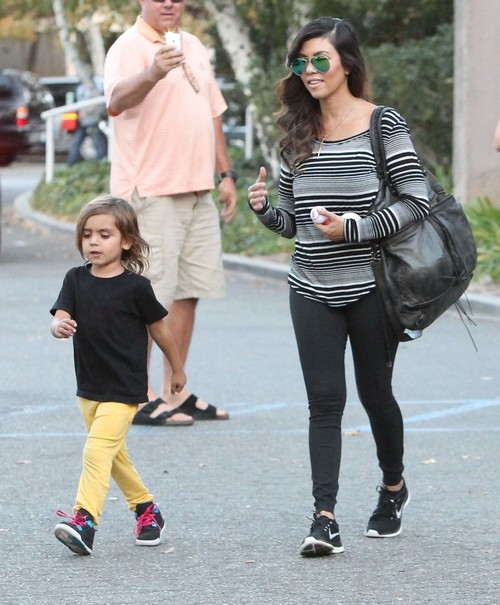 This is a very polarizing issue for a lot of people – what behavior is considered acceptable on planes, and what behavior crosses the boundaries? Flying seems to make everyone antsier than normal, so that has to be taken into account, but is telling someone else’s children to ‘cover their mouths‘ considered acceptable? According to Kourtney Kardashian, the answer is a big, fat NO.

Putting aside the mystery of why Kourtney has millions of followers, is it pushing the boundaries to tell someone else’s kids to keep quiet? We don’t know the exact circumstances of what actually happened, but I’m guessing Penelope [Disick] and Mason [Disick] were probably making a lot of noise, and the other passengers were irritated. But whoever this other passenger was, they could have easily asked Kourtney to keep her kids quiet, no? Or maybe they recognized her and didn’t want to talk to her? Or maybe Kourtney wasn’t listening to them? There are many possible circumstances to this situation, and some of them might excuse this passenger’s behavior, right?

Either way, it’s ridiculous that Kourtney feels the need to tweet this. What satisfaction is she going to get by starting a pointless debate on Twitter with her fans? Never mind, I forget who I was talking about for a second there. She’ll derive plenty of pleasure from having people support her, even if she’s not necessarily right in this situation.