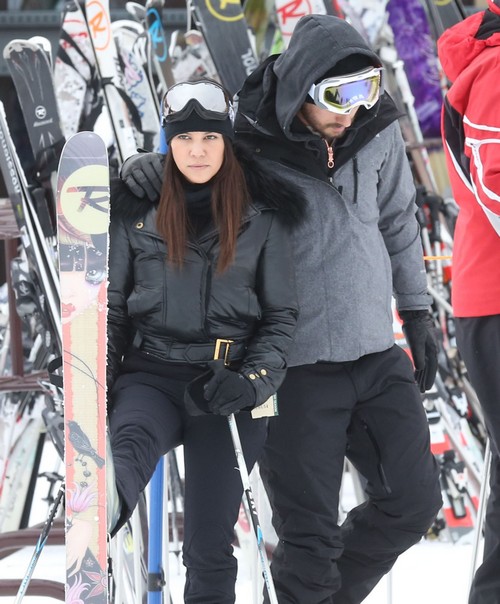 Right now, it seems like Kourtney Kardashian and Scott Disick are the only stable couple in the Kardashian clan, but what if they’re also going through their own issues? According to a new report from In Touch Weekly, Scott has been spending excessive amounts of money of late, and since most of the money is coming from Kourtney’s coffers, it’s been causing a rift between the couple.

A source explains, “Scott has been spending like he’s Jay-Z or something, while he completely cast Kourtney aside. How can she not feel used?” According to insiders, even though Scott made almost $2 million from the family’s reality show, he’s already spent all the money on cars, hotels, and other luxuries, and now has to resort to asking Khloe for more spending income.

However, Kourtney is much more careful with her money than Scott is, with the source adding, “Kourtney lives modestly and she has set aside a lot of money for for Mason and Penelope. [However], Scott puts himself first and pretty much every situation and just makes the wrong decisions – unfortunately, Kourtney ends up getting hurt.”

Scott certainly does like living the high life, and now that he’s gotten used to it, I can imagine that he doesn’t want to hold back. He thinks that since their family has the money, they can spend it. He doesn’t seem to understand the concept of saving and investing in their future, and looking at his priorities, that makes sense. I was always surprised that Kourtney and Scott even lasted this long, so if they split up, it probably wouldn’t surprise that many people.