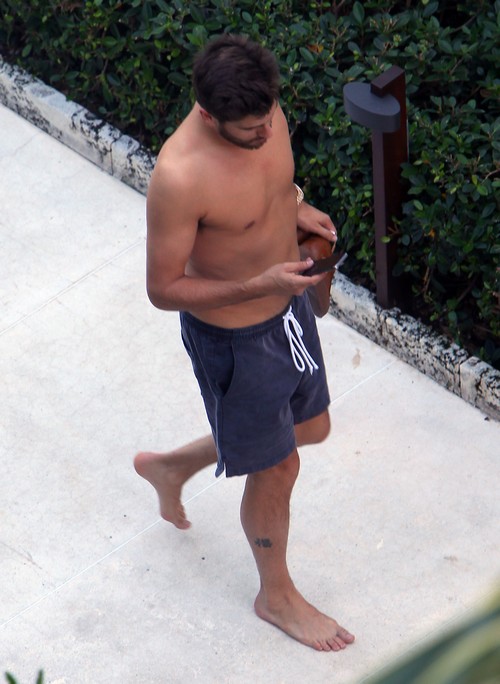 If Scott Disick didn’t already have such a bad reputation you’d think that the death of his mother in late October has really pushed him off the deep end. Instead it just seems to be one more excuse for Scott to think that he can act crazy and forget that he has Kourtney Kardashian and two little kids to think of. We have already told you that in recent weeks Scott has made the Montage Beverly Hills Hotel his new home base, even entertaining random women there, 25 miles from the mansion that he technically shares with Kourt.

According to the Dec. 30th print edition of Life & Style sources close to the couple say that in recent months Scott will go as long as two weeks before bothering to return home to visit his kids. Kourtney is beyond fed up with his behavior and sees this new rash of stuff as just another way to embarrass and humiliate her. So much so that Scott isn’t exactly welcome back any time soon. They celebrated Mason’s 4th birthday apart and Kourtney is finally beginning to realize that Scott just can’t ever be the guy that she needs him to be- at least not for very long.

Do you think that this is the end of the road for the couple of 7 years? Scott just can’t seem to put his selfishness away for long enough to put anyone else first in his life. Eventually Kourt will have no choice but to come to her senses and walk away, right? Is she there yet? Tell us your thoughts in the comments below!

Scott Disick hangs out with friends at the beach and by the pool in Miami, Florida on December 9