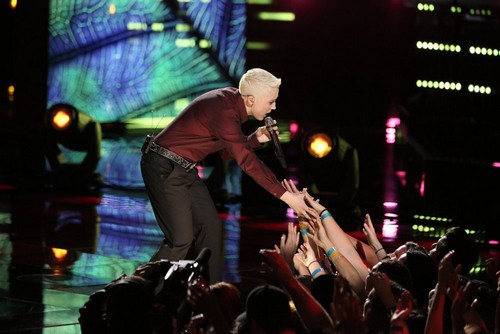 Team Shakira’s last contestant Kristen Merlin took the stage tonight on THE VOICE for her Top 8 live performance.  Kristen sang “I Drive Your Truck” by Lee Brice.  On tonight’s show the remaining artists from each coach, Blake Shelton, Adam Levine, Usher and Shakira’s team performed live for America’s vote and the chance to move on to the Top 6.  Did you miss tonight’s episode?  If you did miss it, we watched it and we recapped it right here for you.

On last week’s episode Kristen sang “Let Her Go” by Passanger and Blake had this to say about his performance, “He said when he saw her doing this song that wasn’t country her felt worried but it was one of his favorite performance from her.”