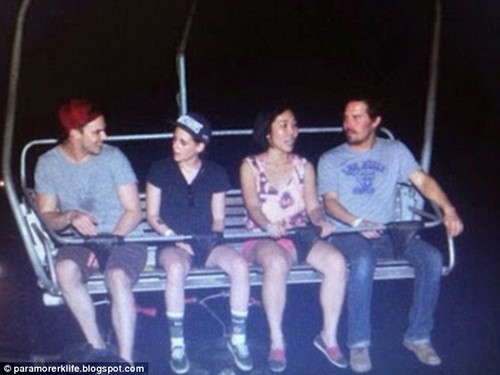 Kristen Stewart and Nicholas Hoult have been spending a lot of time together lately, but in a not-very-surprising move, they’ve been doing it all outside of the USA. In large part, that’s down to pure logistics – they’re shooting Equals in Japan and Asia, and as such, they’ve been hanging out on the same continent, going on sushi dates and jetting over to Singapore for a quick zip-lining session.

However, sources tell us that Kristen and Nick – whether they’re ‘dating’ or just hooking up or even just hanging out as friends – are going to be very, very careful about spending time in the US. They’ve hung out before, but not since the tabloid interest in their relationship has shot through the roof. The minute they get back to LA, you know the paparazzi are going to be on their tail and hunting for a photo of them spending time together. It doesn’t matter if they’re not actually dating – if the two of them go on a friendly bowling date, it’s going to be splashed across headlines all over the country.

Besides, they are both pretty low-key, and they both generally avoid the paps every chance they get. They’re both used to the intense media speculation in their old relationships [Kristen thanks to Robert Pattinson, and Nicholas thanks to Jennifer Lawrence], and they have no desire to repeat the experience. Unfortunately for them, that’s going to require a lot of dodging the media and paparazzi if they want to spend any time together. As such, you can probably expect to see them continue to hang out outside of the US, but the minute they get back to the States? Not so much.