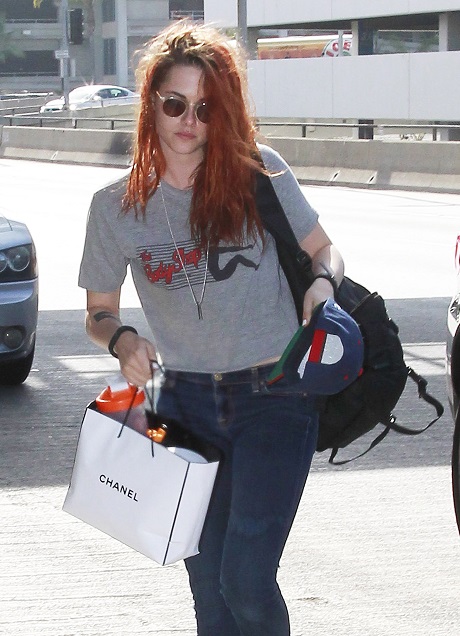 A source told the tabloid, “He stayed at her house while he was in town. She still loves Rob and would love to be with him again. But he’s having fun and doesn’t want to be in a committed relationship right now.”

Imogen Kerr was identified as Rob’s girlfriend in a recent Telegraph interview, but several reports also suggested that Rob and Katy were flirting heavily during The Rover afterparty last week. My take is that Rob is technically ‘single’, but on a ‘friends with benefits’ relationship with several of his lady friends – including Kristen. But can Kristen stay that way without wanting more?

Sources have said in the past that Kristen still loves Rob, and it can’t be easy for her to get over him when she still sees him so often and they’re hooking up. Right now, Rob is still homeless and whenever he’s in LA, he’s at hotels, friend’s houses, or Kristen’s house thanks to their shared custody of their dogs. However, Rob can’t seem to stop dating all of Kristen’s friends, which she’s probably not taking very well. But hey, if they’re hooking up, clearly there can’t be that many hard feelings between them, right?