Kristen Stewart and Robert Pattinson Twilight Reunion Cannes 2014 – Where To From Here? (PHOTOS) 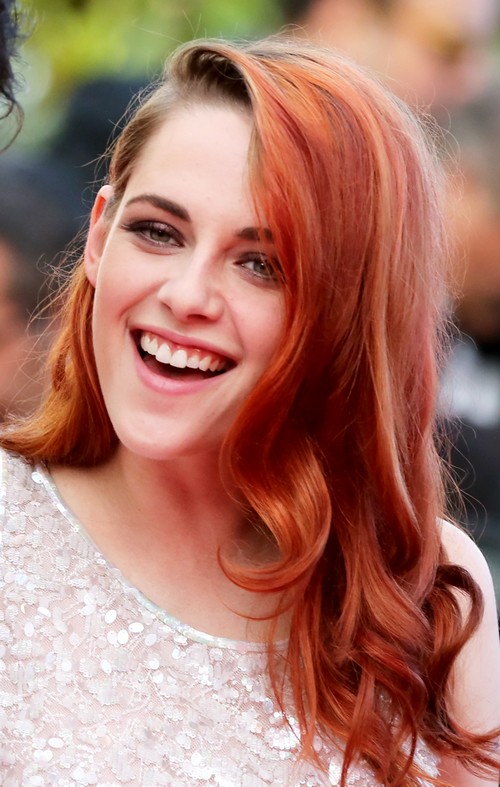 On May 23rd, Fox News reported that Kellan Lutz, Robert Pattinson, and Kristin Stewart had a reunion at Cannes. While we think this would be one of the greatest new love triangles in Hollywood, unfortunately we don’t think they’re going to give us that joy. Out of all of the main actors who starred in Twilight though, this trio has had the most success. The last time Taylor Lautner had success was during the Team Jacob heyday. Ashley Greene doesn’t register as a household name. And Peter Facinelli is still better known as the ex-husband of Jennie Garth.

But the last over-bloated sequel to the tired Twilight canon was released in 2012. It’s been two years, and all of the key players have escaped the success that the stars of Harry Potter have enjoyed.

But let’s start with the heroine herself, Kristen Stewart. Stewart was criticized widely for her languid portrayal of Bella Swan. Granted, the character was a Mary Sue who had a strange fetish for ancient vampires and was a terrible role model to the thousands of teen girls who swooned over her enviable life. But I digress. Stewart’s blank one-face expression was derided as a symbol of the actresses’ poor acting, going so far as ScreenJunkies nicknaming her Mouth Breather.

Outside of her role as Bella Swan, Stewart failed to garner success in roles outside of Twilight. In between Twilight, Stewart gained critical acclaim in The Runaways and had a box office success with Snow White and the Huntsman. Both the movies were released in between the Twilight Saga. Without Twilight, On The Road was a box office failure.

Although her commercial peak is over, Stewart has been gaining critical acclaim from indie movies such as Camp X-Ray and her latest movie, Clouds of Sils Maria, will be competing at Cannes. If Stewart keeps a low profile and gains indie cred, she could establish herself as a worthwhile actress. No Cate Blanchett, but a working actress. She’s 22, and has plenty of time to improve her acting. There was an increase in acting ability shown in The Runaways compared to Twilight.

Kellan Lutz on the other hand barely had screen time compared to the gag inducing love triangle. Unless you were a Twihard, you barely registered the character due to the Saga’s unrelenting focus on a failed love triangle. This has been a boon to Kellan Lutz since he’s not as closely associated with the saga as Pattinson and Stewart are. While Pattinson will be closely associated with a sparking vampire, Lutz does not have the burden of proof. Kellan Lutz was quoted as believing that action movies are his “passion.”

However, action movie stars usually have short movie careers unless they reinvent themselves. Remember Steven Seagal? The guy who wouldn’t get a scratch after fighting off a dozen bad guys? Well, his career died off after there wasn’t a demand for him. The action genre is fickle, and younger men will mostly be demanded over older actors. Why else would there be multiple Expendable movies? Arnold was able to have a successful career due to reaching into comedies. Stallone had Rocky and Rambo to fall back whenever his other projects failed.

And action stars are supposed to be enjoyable and successful in their field. So far, critics panned The Legend of Hercules and Tarzan, while audiences and Rotten Tomatoes ridiculed Lutz’s role. Since Lutz will keep trying in one field, the action movie field, his acting career will not last long. His upcoming movie is Expendables 3 for Pete’s sake. Although Lutz is a fan of the action genre like millions of people are, he lacks the charisma that action stars had and even acting talent, which is saying a lot if Seagal was a monumental action star.

Pattinson is the only one left, and the one who has publicly jeered at Twilight from the start. The public first noticed Pattinson when he played the role of the tragic Cedric Diggory in the fourth installment of Harry Potter. Out of all three, the 28 year old has the most promise. From the first Twilight installment, critics such as the Chicago Tribune noted that Pattinson was “interesting to watch ”. In the movies between Twilight, he, like Stewart, has been able to accumulate critical acclaim.

Although movies such as Water for Elephants failed, his screen presence was not unnoticed. Perhaps his subsequent movies will allow him commercial success. He certainly has the attention of the critics, but the Twilight audience, who naively bought into the sales pitch of Hot Topic Team Edward shirts, has grown up. Plus, he’s still associated with Twilight due to his relationship with Kristen Stewart.

Twilight was a divisive saga. Many individuals from Stephen King to anyone with common sense hated the series and the movies. Of course, some people love Twilight, but they won’t buy tickets to see Pattinson’s latest movies. The public can’t forgive Pattinson for the transgression, and having dated Kristen Stewart , the Bella to his Edward, does not help his image. He’s linked to Twilight. Rather than get attention for his acting like Emma Watson, Pattinson is a regular in the Gossip Magazines and his relationship with Stewart is front and center. Thus, it’s hard to separate Robert Pattinson from Edward Cullen, no matter how much the real man hates the fictional vampire.

Pattinson has the acting chops and was one of the most highly paid actors during the Twilight Saga. But his inability to gain commercial success and become a star is due to the public’s perception of him as that sparkling vampire first. And Robert Pattinson, the actor, second.

The one who separates themselves fully from the Saga will be able to have the most success. But Pattinson and Stewart love each other, and are content for now to circle the indie circuit at Cannes. But in their inability to separate themselves from the ghastly saga, other actresses and actors are taking roles. Shailene Woodley, Emma Stone, and Jennifer Lawrence have taken the thunder that Stewart once had. Actors such as Andrew Garfield and Josh Hutcherson have taken the star power that Pattinson could have utilized.

Stewart has promise, but her affair with a married director, unlikable personality, and avoidance of the press all bring her down. Pattinson is a terrific actor, but he concentrates mostly on indie movies rather than blockbusters, and is associated with Twilight. He has the likeability that Stewart lacks. And thus, Pattinson will have the most success outside of Twilight.