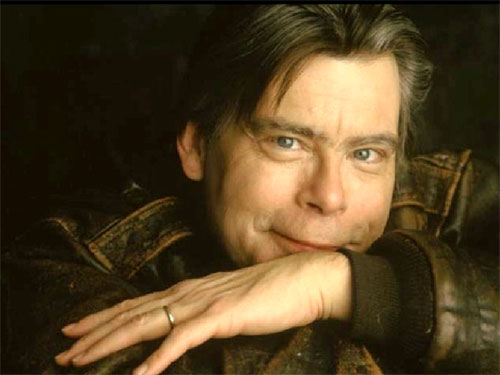 Stephen King has made his disdain for the recent crop of young adult fiction clear in the past, and he’s once again talking about it. While promoting his new novel Doctor Sleep, he speaks to the Guardian and slams Twilight, The Hunger Games, and Fifty Shades of Grey.

He also says he didn’t feel the urge to continue The Hunger Games either, but he says that’s more because of its similarities to his own book, The Running Man. He explains, “I read The Hunger Games and didn’t feel an urge to go on. It’s not unlike [my book] The Running Man, which is about a game where people are actually killed and people are watching: a satire on reality TV.”

However, this is in direct contradiction to King’s own words in the past, where he reviewed The Hunger Games for Entertainment Weekly, saying, “A violent, jarring, speed-rap of a novel that generates nearly constant suspense. I couldn’t stop reading.” So why is he lying? Maybe he’s just trying to cause controversy, or maybe he’s just trying to build buzz. Even millionaire authors are not above trying to build buzz for their new books.

What do you guys think about Stephen King’s comments? Do you agree or disagree? Let us know your thoughts in the comments.

Editor’s Note: King is a self-admitted alcoholic and cocaine addict whose literary value sums to a big fat zero – STFU Stephen King. You are just bitter that your time in the spotlight is over – your decline in popularity is LONG OVERDUE.  And don’t bother using the specious argument, ‘but King has sold more books than….’ Just because a million flies eat sh*t doesn’t mean intelligent people do, right?