Fifty Shades of Grey Movie: Ian Somerhalder Hints At Landing Christian Grey Role – ‘It Could Be Anyone’ 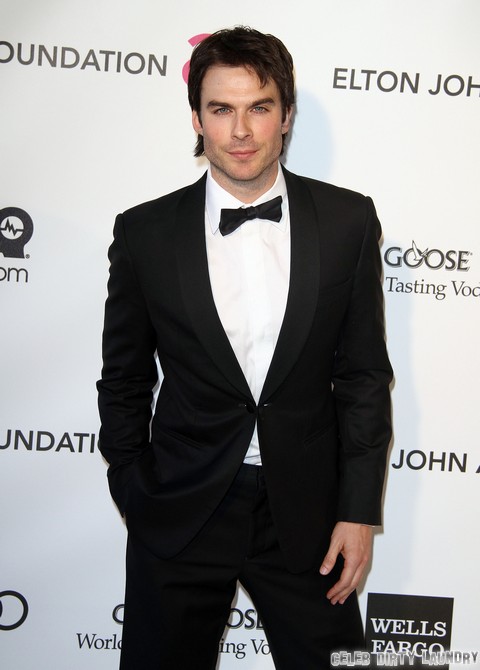 Right now, practically everyone in Hollywood is up for the role of Christian Grey in the upcoming Fifty Shades of Grey adaptation. The director’s finally been chosen, and the script is locked down, and the next step is casting. Of course, casting has been highly scrutinized ever since the project was first announced, and I don’t think I would be exaggerating when I say that fans have been going nuts over who will play their beloved Christian Grey and Anastasia Steele in the film.

There have been many, many names put forth for the roles, but the ones that get most often repeated for Christian Grey are Henry Cavill and Ian Somerhalder. Now, these actors are currently at two very different ends of the movie star spectrum. As much as you may hate to admit it, Ian is just a TV star. Not just that, but he’s a TV star of a CW TV show. The CW is not exactly known for its exclusivity, you know? And then, you have Henry Cavill, who  just lead a $200 million blockbuster to victory, and is on the shortlist for many leading roles in studio films. When you want cache and you pick a director that screams ‘art’, and you’re trying to make a good movie, who do you choose?

Of course, Ian himself is speaking up about the role, and it’s clear that he definitely wants it. In an interview with Metro, he spoke about being in contention for the role, saying, “One can never get bored of people asking about a huge project… Everyone has to realize every guy in Hollywood is up for this role. It could be anyone – that’s how that goes.”

He also speaks about the casting search for Anastasia Steele, saying, “There’s so many incredible, young, talented women in Hollywood. They’re going to find a really good one.”

He’s clearly playing coy, but that’s to be expected. The studio, the author [E.L. James], and all the filmmakers have been very careful about admitting that they haven’t auditioned anyone yet. However, I can guarantee you that they have their shortlist of people, and I would not be surprised at all to hear that Ian’s at least had a meeting. Nowadays, it’s becoming more and more common to see actors getting all beggy for a part that they really want – they manage to gauge the public reaction and if fans are behind it, then they can prove to the studio that they will have the support. And Ian Somerhalder definitely has the support. The question is, will that be enough?