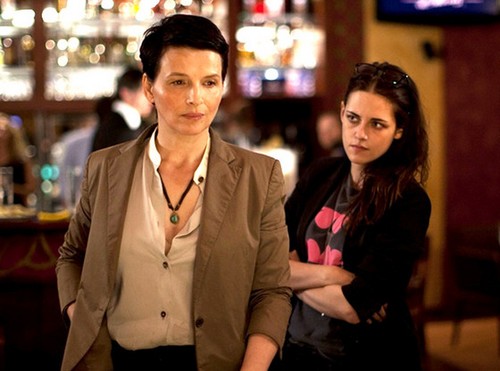 Kristen Stewart and Robert Pattinson went their separate ways after Twilight, both literally and figuratively. They broke up at the beginning of 2013, and although they briefly reunited in the fall, they’ve largely managed to stay off each other’s radars [barring this Cannes festival, of course]. Now, what’s interesting is that despite their millions, their tabloid fame, and their relatively stable place on the Hollywood A-list, both of them have chosen to forego leading roles and instead focus on taking supporting roles in largely independent and low budget movies.

The easiest explanation for that would be that both of them are sick of the attention, and they want the hysteria around them to die down before returning to franchise fare. Or they’re simply sick of franchises, period. It’s understandable, considering that both of them have gone on the record stating that they never expected Twilight to become a big hit, and might not have signed on to the project had they known that.

In retrospect, it’s obviously impossible for them to undo any decisions, and so they can sit there, crying over their millions and lamenting their fame. But the new trailer for Kristen’s new movie Clouds of Sils Maria [which is also screening at Cannes] says a lot about Kristen’s career goals. It’s a very indie, character-driven story about an actress reaching a ‘crossroads’ in her personal life and career. Before we say anything about life imitating art, Kristen actually doesn’t play the actress in question, but rather the assistant to the actress, which in turn is played by Juliette Binoche. In fact, almost all of Kristen’s post-Twilight choices [barring Snow White and the Huntsman] have been focused on working with good directors and good actors, leading role be damned.

And interestingly enough, Rob is following the exact same strategy. Both of his Cannes movies [The Rover and Maps to the Stars] also have him in supporting roles as opposed to leading roles, and he couldn’t be happier about that fact.

It says a lot about both Rob’s and Kristen’s career aspirations that they’re trying to build their resume and stretch their acting ability as opposed to cashing in on their fame and trying to land as many franchises as possible. Then again, they have all the money in the world right now, and both of them were so critically panned during the Twilight era that they’re probably just desperate for some industry approval.