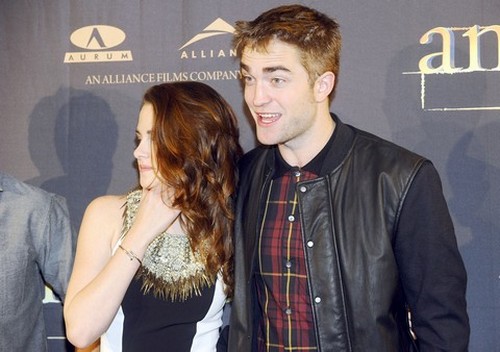 Ever since Robert Pattinson got with FKA Twigs, Kristen Stewart has felt sorry for her ex-boyfriend. But now that Rob has seemingly abandoned his own career to promote his new girlfriend’s, Kristen is distraught and plans to intervene and help Rob see what everyone else does – that FKA Twigs is using him!  Rumors are out that Kristen Stewart is sick of FKA Twigs using Robert Pattinson for unpaid PR work and is planning to reach out and ‘save’ her former Twilight boyfriend. The past few days down in Miami at Art Basel and at various interviews have convinced even the more hesitant  media outlets that FKA Twigs and Robert are all about promoting FKA’s career – no matter how foolish this makes Rob appear.

FKA Twigs and Robert Pattinson have been dating publicly for a few months, and suddenly, FKA Twigs is famous. Coincidence? Me thinks not. Look, it’s obvious that FKA Twigs is using Rob, even if she genuinely has feelings for him. It’s obvious to even the most ignorant nincompoop that Robert is allowing FKA Twigs to manipulate him as her own personal PR puppet, for reasons that are still unclear. Remember, this is the same guy that would hide behind dumpsters and run away from the paparazzi every time they came near him, even when he wasn’t with Kristen Stewart. And suddenly, he’s smiling for the cameras and grabbing his girlfriend’s butt in full view of the paparazzi?

Come on dude. Fine, you want your girlfriend’s career to soar, but let’s not pretend that you guys aren’t using the media. One the one hand, FKA Twigs keeps giving interviews about how she hates fame and she hates being known for her boyfriend, but at the same time, the paparazzi are getting all these dime shots of them together. Again, it’s not a coincidence, and they must think we’re fools to believe them.

Of course certain sites, which will remain unmentioned, have decided to jump on CDL’s ‘FKA Twigs is using Robert Pattinson’ bandwagon, and have only recently posted stories on the topic – complete with what appear to be fabricated ‘exclusive’ sources. CDL first reported on this issue weeks ago, when it first became obvious that FKA Twigs was shamelessly using Robert Pattinson for her career gains. Now, we’re not saying whether she loves him or not [because we genuinely don’t know], but we are saying that both of them are well aware of what their ‘relationship’ is doing for FKA’s career – namely, that she’s more or less launching it with Rob’s backing.

There’s also rumors that Kristen Stewart is planning to reach out to Robert Pattinson and help him leave FKA, but if he knows what he’s doing, why bother? Kristen might have a selfish motive in all of this, but Rob is no longer her boyfriend and she really shouldn’t bother. He’s not a 12 year old boy being taken advantage of, but rather a grown man fully capable of making his own decisions. They’re stupid decisions, but that’s his prerogative.