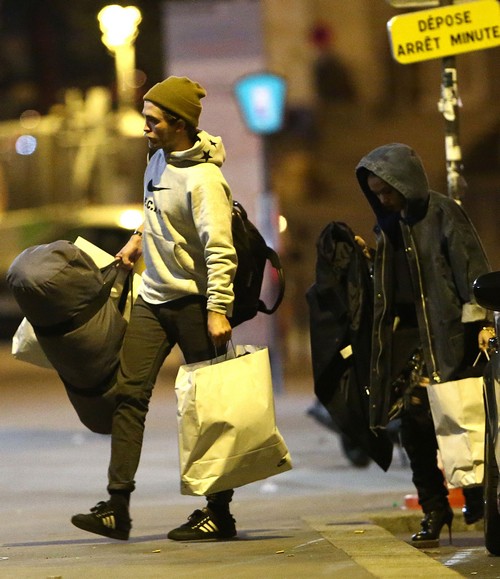 The latest rumor coming from the gossip world is one that we’ve heard before, with sources claiming that FKA Twigs doesn’t really love Robert Pattinson, and she’s just using him for publicity. And if she is, it’s certainly worked. FKA Twigs performed at the Today show last week to rave reviews, even though most people didn’t even know who she was this time last year. Her fan base has quadrupled in the last six months alone, and she’s become a tabloid fixture – all after dating Robert Pattinson, a fact that has escaped no one’s attention, least of all Kristen Stewart’s.

Now, Kristen has adopted a very devil-may-care attitude regarding the Robert Pattinson/FKA Twigs relationship, at least in public. But from what we’re hearing, she’s not as composed or calm about it in private. She might even think to warn Rob of the dangers of associating with a famewhore, further exemplified by Rob’s constant PDA with FKA. Of course, Kristen’s reasons for interfering would hardly be completely altruistic, but they might be genuine. It does seem like FKA Twigs is using Rob, even if she does actually like him. Isn’t that cause for concern by itself, even if we don’t consider the other implications of their relationship?