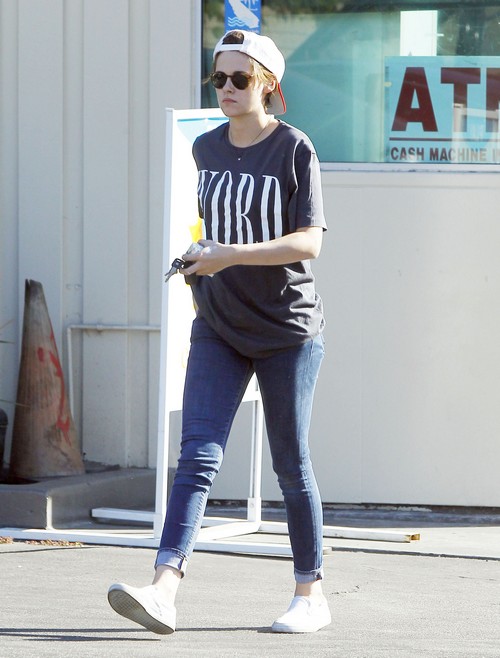 Robert Pattinson and FKA Twigs are happily strolling around Toronto, holding hands and acting all loved up. However, does anyone else find it to be a coincidence that FKA Twigs ended up in Toronto just as everyone knew that Kristen Stewart was also in town? Add that to the fact that FKA knows that Rob still keeps in touch with his ex-girlfriend, and we have a recipe for one messed up love triangle.

Now, Kristen Stewart is supposedly taking a break from acting to concentrate on her ‘art’, but really, sources tell us (these sources work in the film industry and are close to the situation) that she’s still intent on winning Robert Pattinson back. Of course KStew doesn’t make her intentions vis-a-vis RPatz public or have her reps call up webloids like Gossip Cop and tell them that she still loves and misses Rob. This is why CDL needs to work hard to get close to the people who know the truth in order to report it back to you.

It’s been two years, Kristen’s not had a rebound boyfriend since her last breakup with Rob, and she keeps turning up in the same cities as him. Sure, it could all be a coincidence, but if it’s not, she’s doing a terrible job of not broadcasting her feelings to the whole world.

To be very honest, I don’t think Kristen and Rob are going to get back together. I’m sorry Twi-hards, I’m just trying to serve up the brutal truth here. It’s not for lack of trying on her part, but FKA Twigs has clearly caught on to Kristen’s game and is doing her best to make sure a Robsten reunion doesn’t happen. Right now, Robert Pattinson is head over heels in love with FKA Twigs, a fact that has been corroborated many times over by sources close to the couple. But say that Rob and FKA do start having fights in the future? Well, Kristen’s lingering might do her some good at that point, but there’s still no way that Rob would take Kristen Stewart back as his girlfriend. There’s too much history there, and the poor guy hasn’t worked this hard to rehabilitate his image only to regress and pander to Twilight fans.