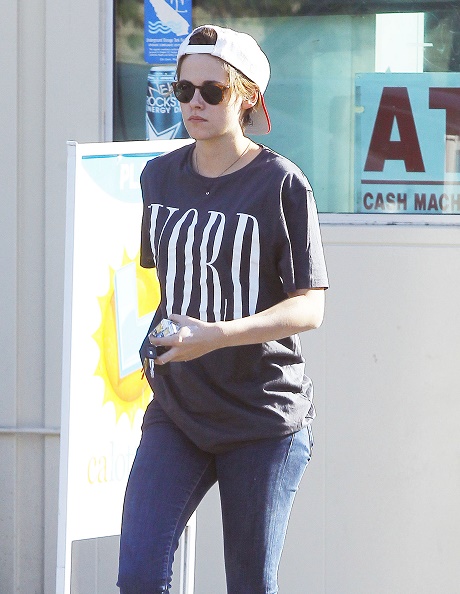 Kristen Stewart is probably getting sick of the media attention involving her with Robert Pattinson and FKA Twigs, R-Patz’s new boo. Jealousy is a completely normal emotion, even for millionaire actresses. Kristen Stewart might act like she’s always over it, but the truth is, she’s probably more affected by the media attention and vitriol than most people. Unfortunately, she’s at fault for most, if not all, of it. Whenever actors or actresses complain about their celebrity, it makes me want to remind them that they have their millions and their private villas to escape to, even though most of the modern world doesn’t have such a luxury.

So yes, Kristen might be angry about the media focus on her private life. She might hate the fact that Robert Pattinson dating FKA Twigs has gotten so much media attention. She might detest the fact that her role in this little love triangle has been blown out of proportion. However, she chose to become an actress, she chose to cheat on Rob, and now she’ll have to deal with the consequences.

We’ve heard that Kristen is fully planning on taking a break from acting, and she seems well into that ‘break’ right now. However, how much of this break is based on Kristen’s intent to focus on her ‘art’, and how much of it has to do with getting away from Rob, FKA, and the media? It probably sucks to be reminded of something you can’t have day in, day out, and especially when you’re the one responsible for it in the first place. Plus, I’m sure that the constant criticism gets to her, even though she tries hard to pretend that it doesn’t. At the end of the day, Kristen Stewart doesn’t look like she’s over Robert Pattinson yet, even if she’s doing her very best to avoid him and everything that reminds her of him – including her job.