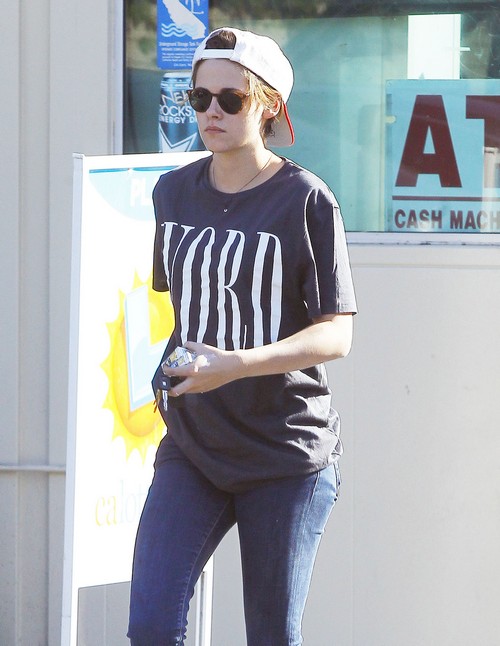 Kristen Stewart has burned with jealousy since Robert Pattinson hooked-up with FKA Twigs and she wants to be dating her Twilight lover again. KStew’s  angle is to become an ‘artist’ and prove to RPatz once and for all that she can compete with, and surpass, the desirability of FKA Twigs.

One thing we have learned about Robert Pattinson is that he’s attracted to talent. Like, real, honest-to-goodness talent. In fact, that was reportedly one of the things that first drew him to the Twilight saga, the fact that Kristen Stewart was attached. And back then, Kristen was considered a huge deal in the indie film world, and she was also considered one of the best young actresses in town. Ah, what a difference six years makes. Anyway, Rob signed on to Twilight, and the rest is history.

However, not too many people are aware of how Rob met and began dating FKA Twigs. According to recent reports, Rob was at an FKA Twigs concert with Sienna Miller and Tom Sturridge, and he was so inspired by her music that he wanted to meet her. And Tom and Sienna being friends with FKA, they facilitated that meeting. Not soon after that, Rob and FKA began dating, and the whole world knew about their relationship.

You could argue that Rob wants to date true ‘artists’, and we can debate the definition of artists all the live long day, but is Kristen really an ‘artist’ anymore? In fact, I would say that both Rob and Kristen sold their ‘artist’ souls for the Twilight Saga, even though they’re trying desperately to win them back now. In fact, Kristen is desperate to become an artist in more ways than one.

Kristen Stewart recently admitted that she was going to ditch acting to focus on her art for a while, and she was spotted in LA this week with paint stains on her hands. I guess she wasn’t lying when she was talking about focusing on art, huh? Some people think it’s just a giant ploy to win Rob back, and show him that she’s not JUST an actress. However, I also think that she truly does want a break from the film industry, and all the endless speculation that has surrounded her love life and career for the past few years. Unfortunately, it’s not going to be that easy. Even if she doesn’t win Rob back, Kristen Stewart’s name will continue to attract attention so long as the Twi-hards stay obsessed. And if there’s one thing we can say about those Twi-hards, it’s that they have a very, very long attention spans.

Now, FKA Twigs won’t be impressed by Kristen’s feeble attempts to win Rob back, of course. She’s a real rocker chick, and she’s got the attitude and talent to back it up. And after dating her, Rob going back to Kristen would seem like a backwards move.

‘Camp X-Ray’ actress Kristen Stewart stops to pick up some cigarettes from a gas station in Los Angeles, California on October 29, 2014. Kristen, who recently revealed that she wants to take a break from acting to focus on other art forms, can be seen with some paint stains on her hands. It looks like Kristen has already begun to make some art! FameFlynet