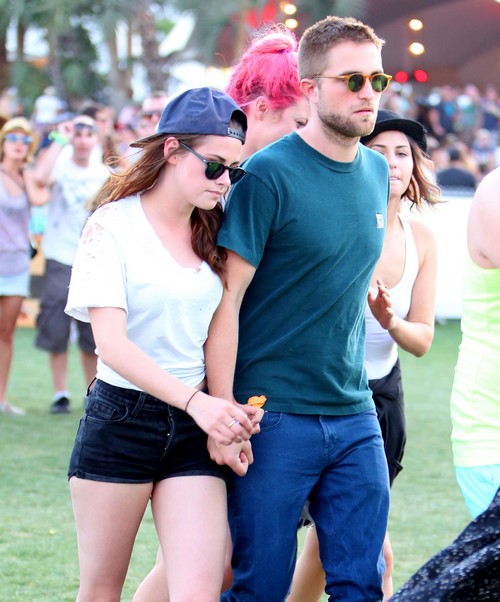 Oh, Twi-hards. We’re so sorry, we truly are. Just for you guys, we tried to cling to the hope that Robert Pattinson and Kristen Stewart dating could happen, that the Twilight couple might get back together, somewhere down the line. But I think it’s time to face the cold, hard truth about this situation, and come to a realization: Robert Pattinson and Kristen Stewart are broken up, and they are not getting back together. Rob finally has a new girlfriend and is dating FKA Twigs, something that took two years and two reunions & breakups with Kristen to achieve. But alas, he is now dating FKA Twigs, a fact that has been corroborated multiple times by a great variety of legitimate outlets.

Kristen, knowing that Rob has moved on, has decided to go her own way. She seems to be dating Nicholas Hoult, and all the evidence certainly points to that being the case. But let’s just say that she is single – the Robsten reunion? Still not going to happen. Star Magazine seemed pretty convinced that Rob and FKA Twigs were super into each other, and they’ve been spotted on numerous dates around NYC and LA over the past few weeks. They’re reportedly very touchy and clearly romantic, and it’s much more than just a simple rebound. Rob already had plenty of rebounds, remember? There was Dylan Penn, there was Riley Keough, there was Imogen Kerr. No, this is the real deal.

And as such, Kristen’s been linked to Nick at the same time that Rob started getting serious with FKA. Trust me, it’s not a coincidence. Either Kristen wants you to think that she’s over Rob, or she really is over Rob. Whichever’s the truth, this marks the end of the Robsten era for good. Maybe when it’s time for a Twilight reboot, huh?