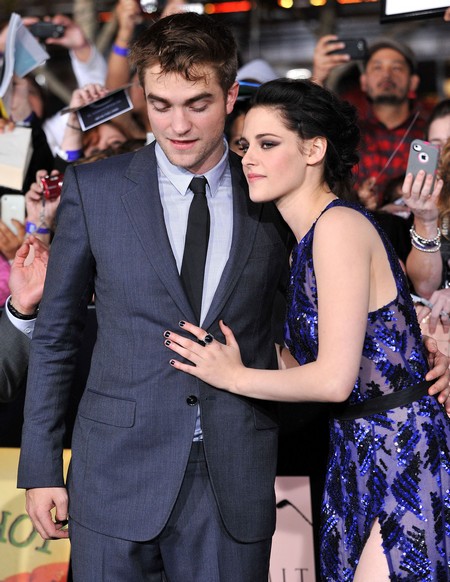 Robert Pattinson and Kristen Stewart’s die-hard Twilight followers have nothing to celebrate these days. It looks like it might really be the end of the Twilight “R-Patz and K-Stew Era.” It’s no secret that Kristen Stewart has been dating Jennifer Lawrence’s ex Nicholas Hoult for weeks, and now we know why. It looks like Rob is officially done with his old Twilight co-star, and has moved on to bigger and better.

It has been confirmed by multiple sources that Robert Pattinson is indeed dating British singer FKA Twigs, and according to Star Magazine the couple has actually been dating for weeks, and trying desperately to keep their relationship out of the public eye. According to the September 22nd edition of Star Magazine, “New love is dawning for Twilight hunk Robert Pattinson. The star was recently spotted leaving the NYC restaurant Gemma with British Chateuse FKA Twigs, and friends say the two have been quietly dating for weeks. Thought it’s too early to tell – many believe the new romance has staying power.”

So, it sounds like Twigs is much more than a hook-up or weekend affair, she and Robert are the real deal. As shocking as it sounds, Rob and Kristen might really officially be over for good this time. If he has been seeing the British singer for weeks, then it sounds like that is why Kristen’s relationship with Nick Hoult suddenly started getting serious. Once Kristen realized that Rob really wasn’t going to come running back to her this time, she suddenly started dating Nick Hoult out in the open, and could care less who seen them together. Then again, this could just be another one of Kristen’s many games, and she may be flaunting her new relationship with Nick in desperate hopes of making Rob jealous.

What do you think about Rob Pattinson’s new girlfriend? Do you think they make a cute couple, or do think he should get back together with Kristen Stewart? Let us know what you think in the comments below!