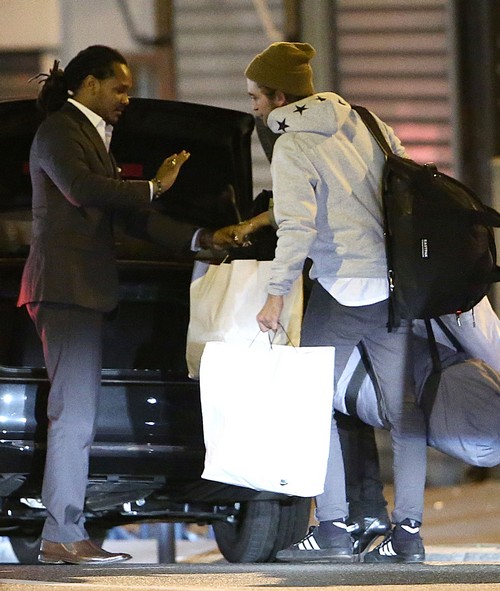 Kristen Stewart is jealous and heartbroken over the fact that her former ‘Twilight’ boyfriend and lover RPatz is following new girlfriend FKA Twigs [Tahliah Barnett] around Europe like a puppy dog on a short leash. KStew is quietly freaking out as she realizes that RPatz is deeply in love with another woman and Robsten is broken. Kristen is forced to admit that Robert never loved her as much as he obviously loves FKA Twigs. Rob and FKA Twigs have been spotted together in Brussels, Belgium; Paris, France; Cologne, Germany and Copenhagen, Denmark in the past few days as FKA Twigs does her European concert tour.

To make matter worse for Kristen, Rob has taken up physical fitness to look better for his new girlfriend. Robert Pattinson has never been one to care that much about his physique or physical attractiveness, even though he’s considered a huge heartthrob with young girls. I guess he lucked out, since his character in Twilight caused all the swooning. But even though Robert Pattinson dated Kristen Stewart for so many years, he never really made an effort to clean himself up for Kristen. This is just another of many, MANY ways that Rob’s relationship with Kristen differs from his relationship with FKA Twigs.

According to Robert Pattinson’s trainer, Harley Pasternak, Rob has been hitting the gym non-stop for the past few months to get into shape. Apparently, he’s been working out really hard, sometimes training 4-5 days a week – which is made easier since Rob is pretty jobless right now. Sources close to Rob say that in addition to landing more action-oriented roles, Rob’s new fitness regime is designed to impress his new girlfriend, FKA Twigs. So basically, he’s doing something for FKA that he never bothered doing for Kristen…. interesting.

You could argue that Kristen Stewart was a hippy mess and didn’t care about superficial things like abs or muscles, but FKA Twigs doesn’t really seem like that type either, does she? Plus, the Robert Pattinson/FKA Twigs PDA has proven a lot about his new relationship, specifically that Rob doesn’t care if the whole world knows about his new girlfriend. Meanwhile, he used to jump behind trash cans and run the opposite direction every time he was caught with Kristen. Has he just chilled out over the year, or is Rob more comfortable dating FKA Twigs? Is Kristen jealous and upset that Rob is obviously much more in love with FKA Twigs than her ever was with her?