Robert Pattinson Abandons FKA Twigs On Tour, Fighting Over Kristen Stewart: Couple Getting Back Together in Toronto? 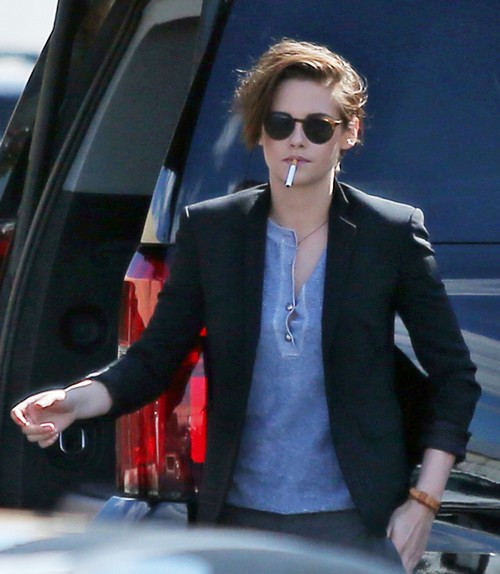 Kristen Stewart is coming between Robert Pattinson and FKA Twigs and they are fighting as KStew’s career soars and FKA Twigs fears cheating and RPatz getting back together with his Twilight lover. Robert abruptly left FKA Twigs in Europe and jetted off to Toronto to begin filming Idol’s Eye, a crime drama directed by Olivier Assayas co-starring Robert De Niro and Rachel Weisz. Jealousy strikes at the heart of every relationship, and Robert Pattinson and FKA Twigs are not immune to it. Kristen Stewart has been in the spotlight more than usual lately, thanks to all of her promotional interviews and magazine covers, not to mention her Oscar campaign kicking into gear. However, that also means that Rob – and by extension, FKA – have to hear about Kristen all the live long day.

It’s hard enough to get over exes in any given circumstances, but imagine yourself having to hear about them All. The. Time. It would get frustrating, right? Plus, your current significant other probably wouldn’t be too pleased about it, either. After all, everyone knows that the main reason for Robert Pattinson dumping Kristen Stewart was because she cheated on him, not because he stopped having feelings for her. And while FKA Twigs doesn’t strike me as a particularly insecure person, Rob and Kristen did date for three years – and that’s not even counting the year that Rob was infatuated with her [at the start of Twilight].

Now, sources are telling us that FKA Twigs’ jealousy is starting to drive a wedge between her and Rob, especially since Rob thinks she’s being silly. However, I have to be on FKA’s side on all of this – Rob still keeps in touch with Kristen, but she’s just supposed to be ok with that? I know I wouldn’t be happy if my boyfriend was still in touch with his ex-girlfriend – especially one who CHEATED on him! Plus, Rob even went back to Kristen after that, so FKA’s right to be worried about unresolved feelings. So far, Robsten Is Still Broken, but who’s to say that will last? Especially since Kristen’s career is roaring back in style, with awards buzz and critical acclaim. Rob might feel like he wants to get back with his ex-girlfriend now, especially if it won’t damage his career to return to her.

So in the end, does FKA Twigs have a right to be jealous? And do you believe that Robert Pattinson And FKA Twigs are fighting over Kristen? Could Robert and Kristen hook-up and get back together in Toronto? Let us know your thoughts in the comments below.