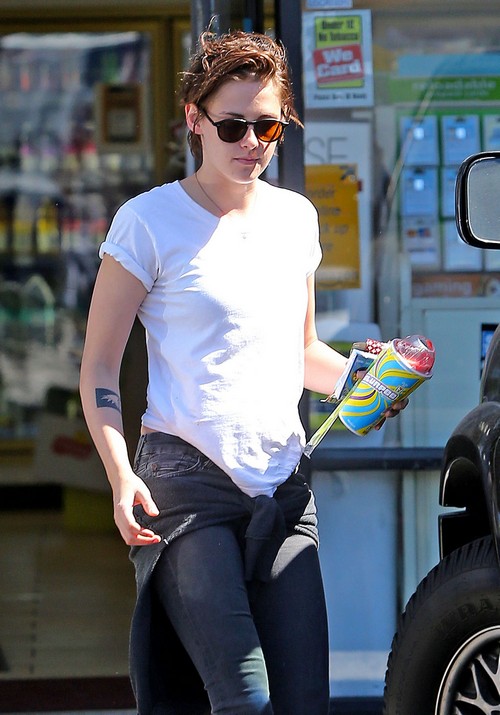 Will Kristen Stewart’s Oscar push for ‘Still Alice’ lead to Robert Pattinson dating her again and the Twilight couple back together? It’s hard not to be harsh when analyzing the careers of Robert Pattinson and Kristen Stewart, especially after the Twilight saga ended. Both Rob and Kristen weren’t in the best of places when that franchise wrapped up its fifth film, both in terms of the media spotlight, their PR images, and their film careers. For one, their acting skills were more or less ripped apart for six consecutive years, and Kristen’s cheating scandal did nothing to improve her image in the industry or outside of it. However, in the years since the franchise wrapped, both Rob and Kristen have tried their best to reboot their careers.

Robert Pattinson has done a fairly decent job of this, especially since most of the people in the industry now view him as David Cronenberg’s muse – and trust, there are much worse things to be. Kristen also has finally decided that she’s done with lead roles, and has earned the strongest reviews of her life with her performance in Sony Picture Classics’ Still Alice. In fact, the studio has recently admitted that they were planning to launch a full-blown Oscar campaign for Kristen Stewart for a shot at Best Supporting Actress, but if they succeed, will she get more than her critical acclaim back?

One of the reasons that Robert Pattinson never got back together with Kristen Stewart after they broke up last year was because his team advised him against it. Kristen’s reputation was in tatters, and her credibility was down the toilet. So Rob – both for his own sake and the sake of his career – just avoided her in public, although we know they kept in touch behind the the scenes.

Now, let’s just say that KStew does succeed in her Oscar campaign, then what happens? Will Robert Pattinson go back, hookup with, and date Kristen Stewart, once her career credibility has been restored? Is that even an option? He looks like he’s happy with FKA Twigs, but with Kristen an Oscar darling, would Rob feel like it’s worth it to try to win her back? I mean, she’s waited for him all these years, I think he could return the favor, right? That is, if he’s even interested in getting back together with her.