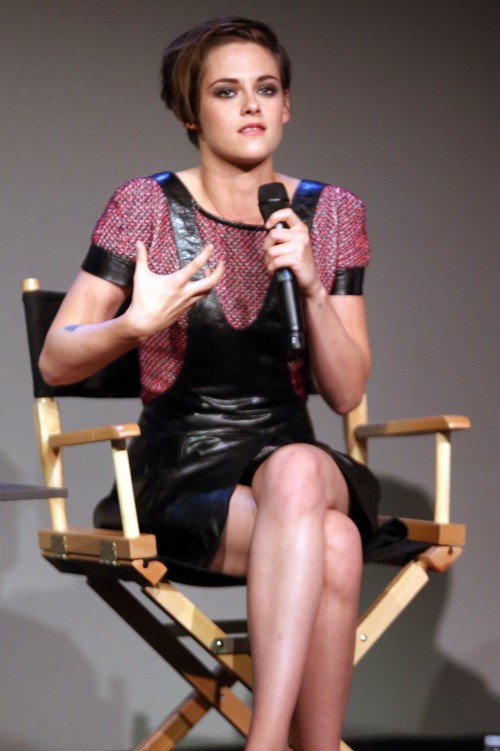 No matter what Robert Pattinson and Kristen Stewart do, the Twi-hards always manage to find their silver lining. Seeing Robert and Kristen dating again like in the Twilight era is never going to happen. So in this case, the silver lining is that Robert Pattinson and Kristen Stewart are still talking to each other, even as Rob’s relationship with FKA Twigs continues to get more serious. CDL’s exclusive source explains: “Rob and Kristen stay in touch on a regular basis, but the relationship is not what it once was. They don’t really speak about their past together nor do they discuss their current romantic or dating life. Feelings are still too raw for that.” So Twi-hards, there’s good news and bad news, pick your choice.

The bad news for Robsten’s crazy fans is that Rob has now progressed to spending every minute of his free time with FKA, especially since he’s currently jobless and partying in LA. The good news for the Robsten fans is that Rob and Kristen are still keeping in touch and talking to each other, even if they’re not as close as they used to be. Obviously, Kristen knows that Rob has a serious girlfriend and I’m sure it breaks her heart, especially considering that she waited almost two years for him. But alas, he’s moved on, even if she can’t.

But even with that situation being as precarious as it is, it’s pretty obvious that Rob is still having a tough time making a clean break from Kristen. Even after the cheating scandal, the fact that Rob not only went back to Kristen, but actually stayed in touch is already mind boggling. But the fact that even with his new girlfriend, Rob’s still making the time and effort to keep in touch with Kristen? Well, that says a LOT about his affection for Kristen Stewart, which is why I always say keep the hope alive, Twi-hards. You never know when he’s gonna dump that punk rocker chick and run back to his lip-biting true love.

What do you guys think? Will Robert Pattinson and Kristen Stewart ever get back together and date like they did during the good old Twilight days? Are they just destined to stay apart? Let us know your thoughts in the comments below.

‘Camp X-Ray’ actress Kristen Stewart spotted out with a friend at Battery Park in New York City, New York on October 7, 2014. Kristen is in town promoting her new movie as well as at the ‘Camp X-Ray’ meet and greet at the Apple Store.