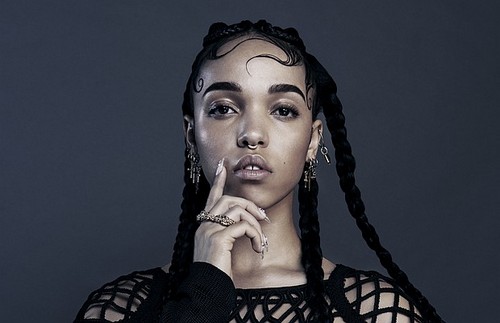 Everybody is entitled to a bout of petty behavior, and FKA Twigs just reached her quota, at least as regards Kristen Stewart. According to several recent reports, FKA Twigs, aka Tahliah Debrett Barnett, who is currently dating Robert Pattinson, was performing at a concert in Bristol, England on October 9th when a fan decided to yell out, “F*** Kristen Stewart”. Evidently, FKA Twigs enjoyed hearing this because she reportedly ‘smirked’ at hearing this. While I agree that whoever saw this ‘smirk’ was probably reaching, that doesn’t mean that FKA wasn’t unhappy to hear Kristen being dissed – OR that she didn’t diss Kristen herself. Sure, FKA Twigs isn’t going to go around defending cheating Kristen Stewart in any situation, but she wouldn’t so blatantly disregard Robert Pattinson’s ex-girlfriend, would she?

Also, there were supposedly 800 people at that Bristol concert, and that makes this story even more suspect. How would FKA Twigs have heard this one slur over the screams of all the other people in attendance? Plus, this was all reported via Tweets and social media comments from the concert, and we all know how reliable those can be.

And not only that, but would Robert Pattinson date someone who has such a vindictive streak? Sure, FKA Twigs is all tough and rocker chick, but in the end, he’s a very sweet guy. Robert Pattinson thinks he’s looking for something exciting and something different, but he’s too nice to date someone who would diss his ex-girlfriend KStew in public like that. In private? Well, that’s a different matter. If FKA Twigs wants to diss Kristen Stewart she can always focus on Kristen’s cheating on RPatz with older director Rupert Sanders. At least FKA hasn’t cheated yet on Rob.