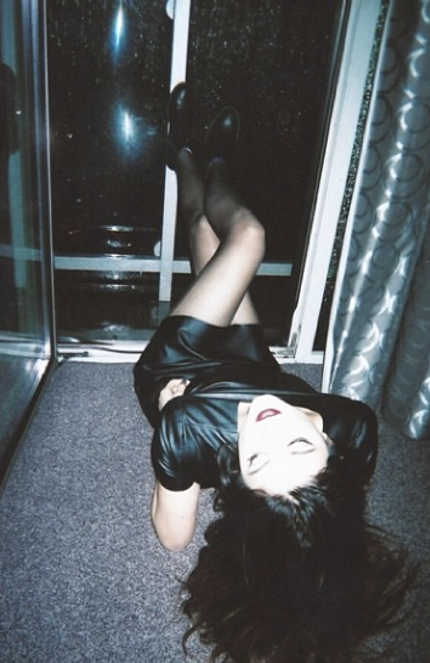 Kylie Jenner is back to posting her racy Instagram photos, and her most recent pic comes along with a rather cryptic message regarding monogamy. The reality TV princess shared her picture with the world on Thursday with the caption, “My monogamy it bothers you.” The statement is sort of hard to figure out, especially without any real context or punctuation, and nobody is quite sure what it means.

She’s made an effort to say before how she doesn’t have a boyfriend. Kylie’s been spending a lot of time with Jaden Smith, a person she insists is just her best friend, but could there be something more between these two Hollywood royals? While Kylie might be using the term monogamy correctly, there’s the chance that she might not be. Monogamy is, as you know, used to define relationships wherein two individuals are committed to each other. If she’s in a “monogamous” relationship, well, that’d mean she’d have to be seeing someone.

Kylie seems to be saying that her relationship “bothers” us; but if she’s said before how she doesn’t have a boyfriend, then . . . . Bah! I’m getting confused. It kind of sounds to me like she’s trying to say that “her being alone bothers everyone” and thus simply using the wrong terminology in her photo caption. But, on the other hand, you’d think she’d know what that widely used term means.

What do you all make of Kylie Jenner’s picture and weird statement? Does she have a boyfriend we don’t know about? Is she involved in a committed relationship that bothers you and everyone else? Or do you think we should send Kylie a dictionary (or get us a Jenner Translator)?