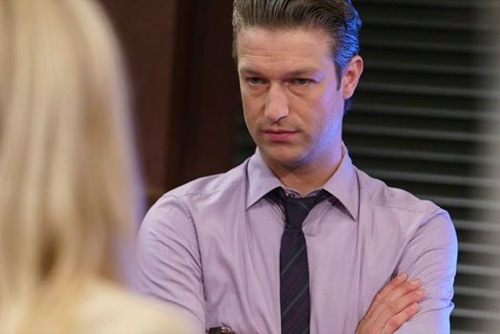 Tonight on NBC Emmy Award-winning producer Dick Wolf’s crime drama, Law & Order: SVU continues with an all new Wednesday October 22, season 16 episode 5 called, “Pornstar’s Requiem.” On tonight’s episode, a college student becomes a pornography star, and then she is sexually assaulted by some classmates who confuse fantasy with reality. When the case goes to court, the victim lands in the hot seat as questioning gets underway.

On the last episode, New York City bike messenger Holden March (guest star John Karna) created a video diary of his troubles with women. Talk soon escalated to action, and the SVU scrambled to find his manifesto before he committed another violent act. When Rollins (Kelli Giddish) and Amaro (Danny Pino) came face to face with Holden, they found out just how dangerous a desperate man can be. Meanwhile, as Benson (Mariska Hargitay) balanced the responsibilities of motherhood and career, the new Deputy Chief of SVU (guest star Peter Gallagher) called her leadership into question. Also starring Ice-T (Detective Odafin Tutuola). Did you watch the last episode? If you missed it, we have a full and detailed recap right here for you.

Tonight’s season 16 episode 5 looks like it is going to be great and you won’t want to miss it, so be sure to tune in for our live coverage of NBC’s Law & Order: SVU at 9:00 PM EST!

The jury comes to a verdict, and says that Matt and Daniel are both guilty of rape.