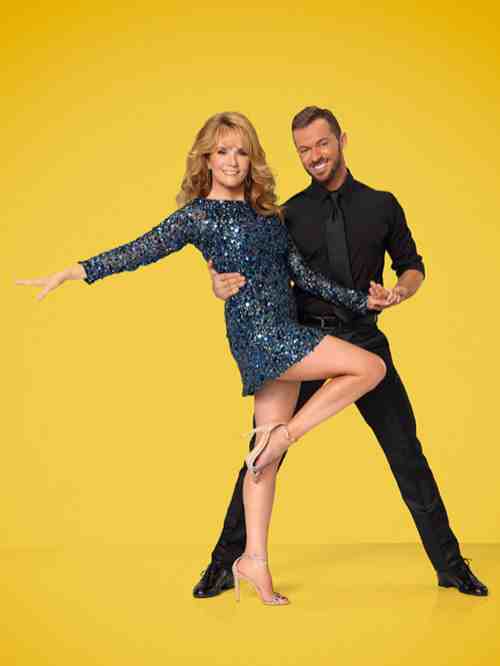 Tonight on the season 19 week 3 of Dancing with the Stars American actress,television director and television producer Lea Thompson & and her partner Artem Chigvintsev danced a Contemporary to “Dance with My Father” by Luther Vandross.  On tonight’s episode the 10 remaining celebrities dance to songs commemorating their most memorable year.  Lea’s most memorable year was 2003, when her dad was diagnosed with cancer. The way her father died, taught her how to live. Did you watch tonight’s performance episode?  If you missed it we have a full and detailed recap, right here for you.  If you missed any of tonight’s videos we have them all for you too!

On last week’s episode Lea performed a Cha Cha Cha and Carrie-Ann loved it saying, This was not your best dance at all, your head was too far forward.”  The judges scored Janel a 31/40.  If you want to see her Cha Cha Cha from last week, you can check the video out here.

Lea Thompson and professional dancer Artem Chigvintsev: dancing a Cha Cha Cha.  Janel has been getting ready for her dance and tweeted about this week dance, “Don’t forget to vote for who you want me to dance with”

Judges’ comments:  Carrie Ann: “Every once in a while there are these moments on this show that touch my heart, I will remember that forever.” Julianne: “This not only moved me, it moved everyone, just point your toes more.” Bruno: “You are an exquisite performer.”